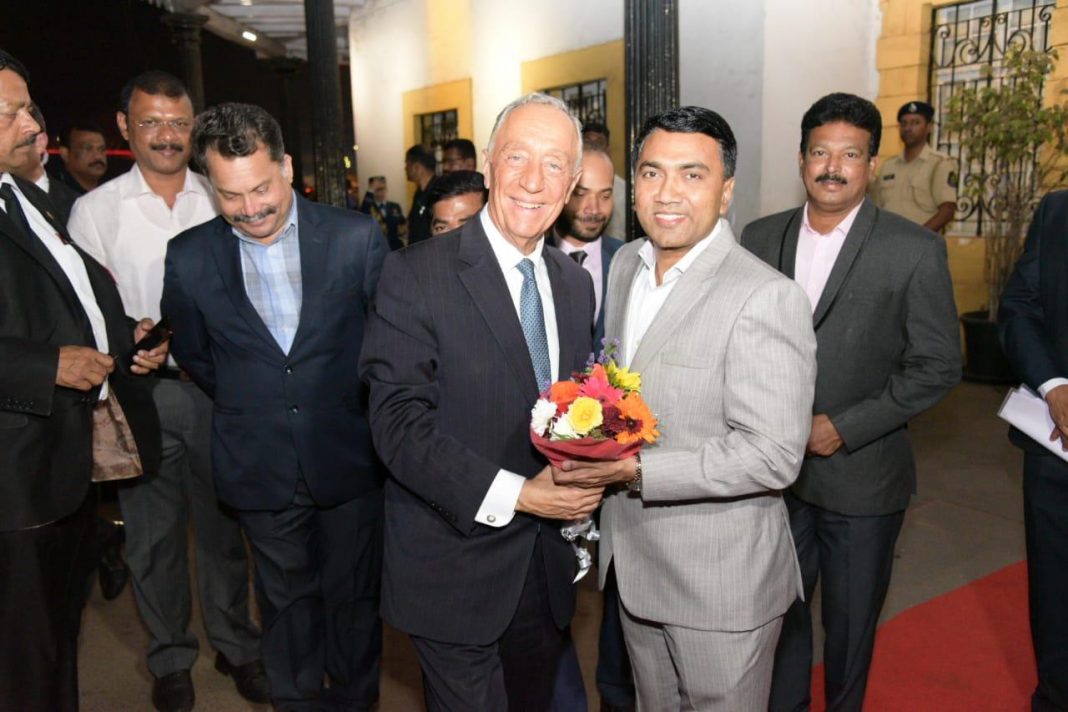 Dona Paula: Goa and Portugal on Saturday signed different Memoradum of understanding in the field of water and sewerage augmentation, shipbuilding, education, marine and engineering.

Portugal’s President Marcelo Rebelo de Souza and Goa chief minister Pramod Sawant were present on the occasion when MoUs were signed at a starred resort near here.

In one of the major initiative, the MoU for technical cooperation was signed between Goa and Ministry of Environment of Portuguese Republic for technical support in water supply and waste water management.

The Public Works Department of Goa would be a  nodal agency which will coordinate with Portugal’s ‘Agas de Portugal’.

The officials said that the contract will be initiated for two years during which the key areas include assessment of existing Selaulim and Opa water supply project, software tools for decentralized sewerage treatment plant on pilot basis, study on removal of manganese on Selaulim water supply system, and capacity building.

Another agreement was signed between protocol of cooperation in the field of tourism training between tourism de Portugal and V M Salgaoncar institute of international hospitality education.

The agreement was also signed between University of Coimbra, Portugal and Goa’s G K Kare College of Law in the “scientific field of law and in the field of Portuguese language and culture.”

The agreements were also signed in the field of  design and supply of ships in Africa and latin American countries, marine engineering, shipbuilding technology, ocean resources and technology and others.