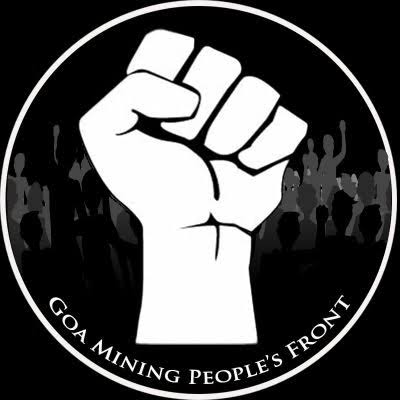 Panaji: Stating that the nearly 60,000 directs jobs have been lost due to mining closure and the mining dependent people have been in distress for the past 30 months since mining was stopped in the state,  state based Goa Mining People’s Front (GMPF) on Wednesday demanded the state government to resolve the stalemate on Goa mining resumption. This comes a day after the Supreme Court on Tuesday allowed transportation of extracted iron ore in the state.

Mining resumption is of utmost importance as the unprecedented Covid-19 pandemic has deepened the economic crises in the state with Tourism and other industries in the state are also suffering which combined has eroded over 40% of state employment,” GMPF stated in a letter issued on Wednesday.

Highlighting the issue, GMPF president Puti Gaonkar said, “We are every time told by the Chief Minister that the mining will be starting within next three months and its over 30 months of hard times the mining dependents are facing since the mining closure in March’18. We are given to understand that the State Government wants the mining to resume and also the Central Government wants to resume the mining in Goa and both are BJP governments. It’s a lack of political will by the state and Central government to arrive at a firm decision for resumption of mining in Goa.”

Stating that meetings with chief minister and cabinet ministers are in the pipeline Gaonkar, “We will be giving our suggestion to restart mining on basis of the existing court orders and mining laws be it starting actual mining at smaller scale(to start with). Our livelihood earnings cannot wait endlessly as our savings are eroding and even the basic amenities to our family including children’s education have become a burden.”

GMPF vice president Vinayak Gauns alias Balaji, who is also the president of Dharbandoda Truck owners association explaining the difficulty faced by the mining trucking sector said, ” The truckers are one of the biggest sufferers in this process of delay in mining resumption. The truck owner has to pay up for truck repair and the fixed cost of taxes/insurance every year. How will we afford to pay the drivers who also have a family to support? For smooth business it is very important that mining starts on a regular basis and piecemeal working for auction quantities will not be sustainable for the large mining truck industry connected to Goa mining. It’s high time the government takes up the matter seriously to restart mining in the state.”