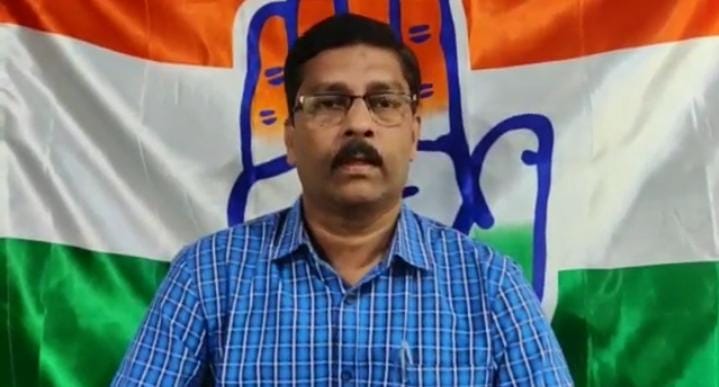 Panjim: As Goa Ranks 4th among 8 States and Union Territories with high Covid-19 Positivity Rate, the Chief Minister Dr. Pramod Sawant must tell his Tourism Minister Manohar alias Babu Ajgaonkar that the “Show Must Not Go On” and put a break to “Political Carnaval” for his Mission 30% Commission stated Congress GPCC General Secretary Amarnath Panjikar.

As per the Union Health Ministry, Goa is at Number 4 position among 8 States with high positivity rate. Goa has weekly positivity rate of 4.4 percent as against national average of 1.8 percent claimed Amarnath Panjikar.

BJP Government needs to act sensibly and not push Goans into risk for the greed of Tourism Minister Babu Ajgaonkar of making fortunes through Mission 30% Commission from the contract of Event Management Agency.

The Government must give financial help to local Khel Tiatr Groups and tradional Intruz celebrations in Villages which will help in restricting mass gatherings and encourage the tradional culture stated Amarnath Panjikar.

He also appealed to people to follow Covid SOP while celebrating Carnival.

The BJP Government since coming to Power in 2012, has subdued the traditional Intruz and Khel Tiatr in Goa by Commercializing the Carnaval organized by the Tourism Department for political and commercial gains.

There is gross corruption in the tender of Event Management Agency for organizing the Carnaval which compels the Event Management Agency to do sub-standard work which has reflected in quality of the float of King Momo. It is also observed that the participation of the local groups has also come down drastically in last few years.

Tourism Minister Babu Ajgaonkar had kept on hold the prize money of the floats last year for not settling his commission. He had also withheld the grants of Shigmo Organizing Committees for similar reasons. Government must take steps to encourage the local traditional Intruz in every Village of Goa.

Previous articleCongress to go in court against the pick and choose Reservations
Next article“Why is BJP harping that it will not contest municipal polls on party lines?”