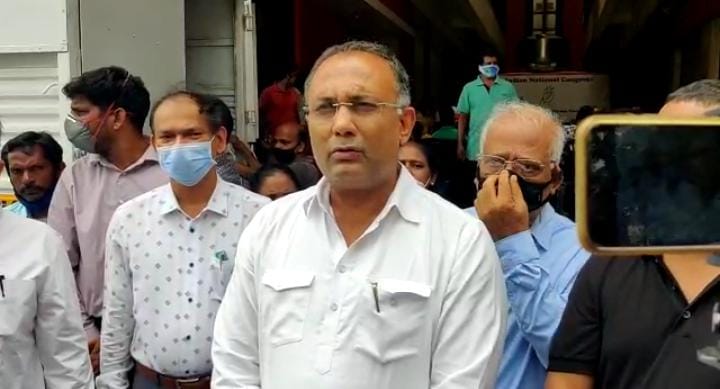 Panaji: All India Congress Committee Observe Dinesh Gundu Rao on Sunday said that the party will take decisions on various   at “right time.”

Rao is in Goa for last four days holding series of meeting with the local leaders over the issues like restructuring of the party and also leadership change.

Goa Pradesh Congress Committee President Girish Chodankar has already resigned from the party earlier this year, while his resignation is yet to be accepted by the Delhi.

Talking to reporters in Margao on Sunday, Rao said that he has taken feedback on various issues of the party, which will be discussed with the leaders in Delhi.

“I will be discussing it with Delhi leaders and final decision will be taken on all the issues,” he said.

Rao said that the party is taking its decision on the issues like strategy for the upcoming Goa Legislative Assembly election, what is the way forward for the party and also related to the organization.

“The decision on all these issues will be taken at the right time,” he said.