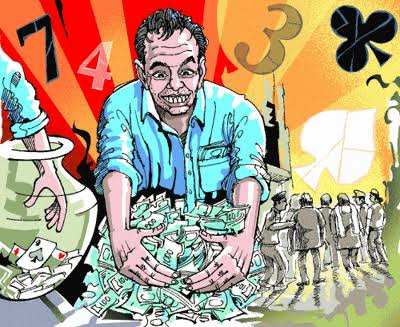 Acting on a tip off, Crime Branch Ribandar raided a gambling den active near the Martyrs Memorial at Patradevi, Pernem early morning on 27/10/2019.

A reliable information was recieved about card gambling activity being conducted at Patradevi since some days.

A total cash of rs.2,13,000/- along with other gambling articles were seized.

An offence under section 11(2)(a) GPG Act has been registered.