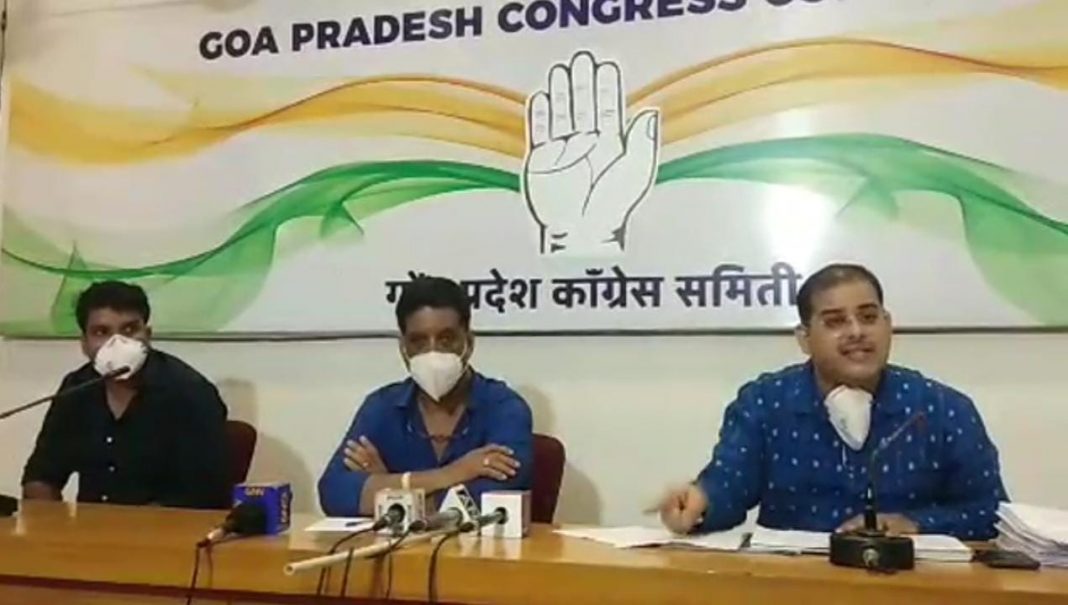 Panaji: Congress party leaders on Saturday once against trained their guns on Saligao MLA Jayesh Salgaonkar for not opposing in the state cabinet, expansion of garbage treatment plant at Saligao. Congress leaders Agnelo Fernandes and Yatish Naik have been targeting Salgaonkar, eventually, dividing the forces against the expansion.

On Saturday, Naik held a press conference challenging Salgaonkar to “place on record any letter of dissent written by him to then CM Manohar Parrikar.” The Congress leader pointed out that Salgaonkar has been minister in Parrikar and also Sawant-led cabinet. He also said that on February 18, 2019 when Salgaonkar was a minister, the expansion of the plant was approved.

Salgaonkar had told reporters this week that he had given his dissent to the resolution during the cabinet, which was never recorded.

Naik questioned Salgaonkar’s absence during the agitations against the plant held in the past, while admitting that then minister was opposing the plant through public platforms.

Congress’ stand seems to be working towards the plans of State government to expand the plant despite opposition by the locals. Waste Management Minister Michael Lobo has been supporting the expansion.

Previous articleSGPDA’s wholesale fish market opens amidst mess, traders say they wont pay charges till facilities are in place
Next articleMichael Lobo is involved in Rs 450 Cr PDA scam, CBI would be requested to investigate into it: Rohan Khaunte