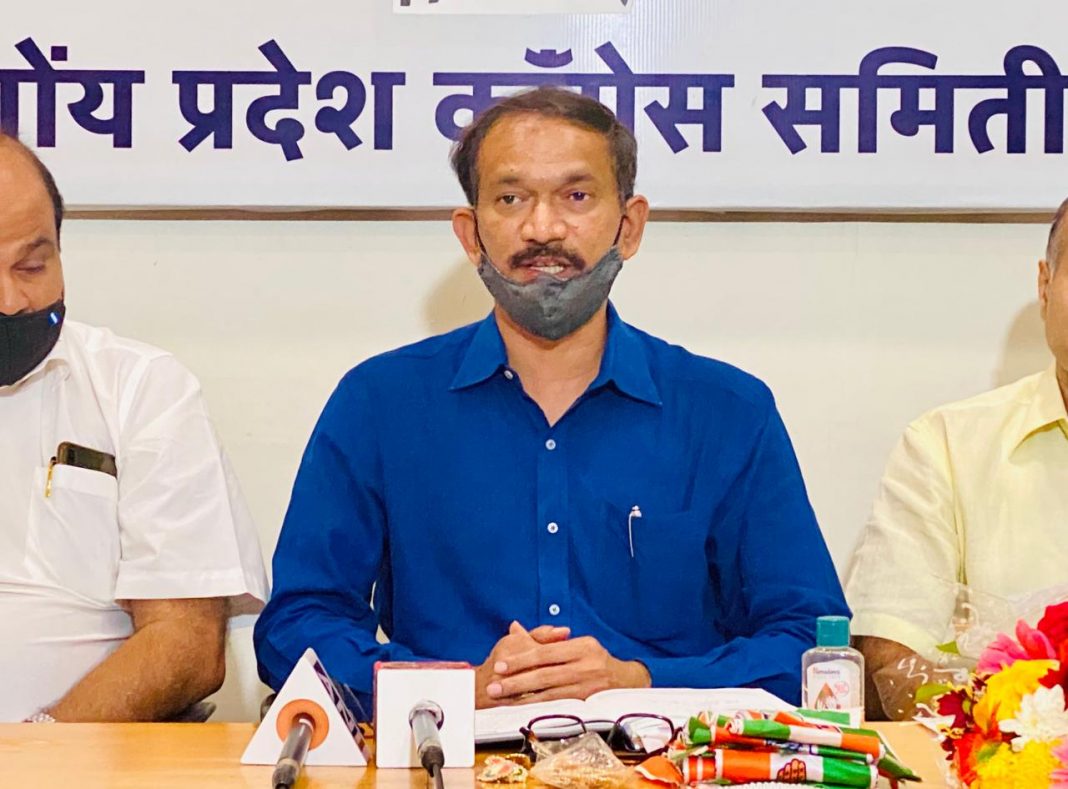 Panaji: Goa Pradesh Congress Committee president Girish Chodankar came down heavily on the state administration for its lacklustre attitude in investigating crimes across the state while addressing a presser in the capital city on Sunday evening.

“The political and police personnel are well aware of the masterminds involved in criminal cases happening across the state, including the Porvorim murder that happened last week. By arresting the executing personnel nothing much is going to happen. They need to arrest the masterminds and until then, these crimes will not stop. We demand that these masterminds be booked immediately,” Chodankar said.
“If activists are being attacked and murdered this way, our democracy is under serious threat and if things go on this way, we won’t have democracy left,” the GPCC president added.

Porvorim block president Shankar Phadte said, “Porvorim has become an epicenter of crime ever since this political thug got elected in 2012 and since he got a ministry in 2017, the crime rate has shot up drastically. The Salvdaor do Mundo panchayat angle also needs to be investigated immediately.”

“It has become a trend to threaten opposition workers in Porvorim constituency. My car and house was also burnt during this period. We have been working in spite of all this and we need to tackle this thug head on. It’s a now or never situation for Porvorim and Goa,” Shankar went on to say.

Congress office bearer Khemlo Sawant said, “This land mafia has been threatening us and trying to take our land. I have even filed a police complaint but no action has been taken so far.”

Meanwhile, Chodankar also accused the Sawant led BJP government of being on a rampage of looting and looting with no bounds in the limited window that they have.
“Sensing that the BJP don’t stand a chance at coming back to power, the Sawant led government is on a rampage to loot and loot as much as they can until the upcoming elections. In the name of Covid, the Atal Setu bridge scam, labour scam, Mormugao PDA, IIT, land and the list is endless.”