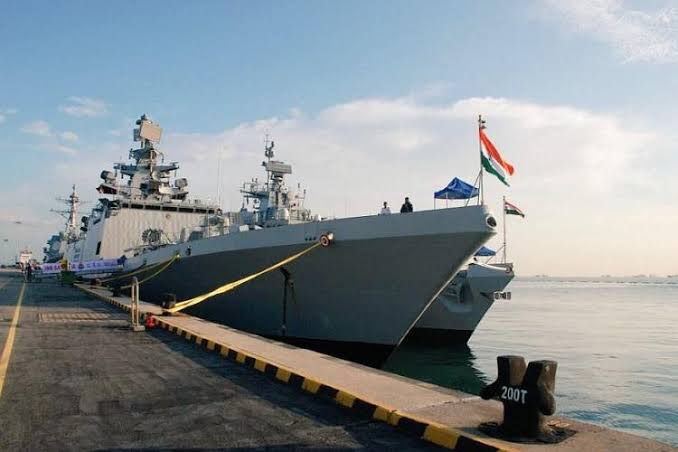 Vasco: Chief Minister Pramod Sawant has called for a meeting on October 22 to decide on the zoning proposal by Indian Navy which regulates real estate development within 20 kilometres of its base INS Hansa.

Sawant has called for a meeting of stakeholders including local MLAs after State Transport Minister Mauvin Godinho, who represents the assembly constituency covering INS Hansa, expressed his dissatisfaction over the zoning proposal submitted by the Indian Navy.

The Navy has suggested for regulation for real estate development within 20 kms radius of INS Hansa, which is country’s one of the most important and strategic naval base.

Navy’s proposal has ruffled feathers in state cabinet with Godinho claiming that the proposal by Indian Navy was ridiculous.

“We cannot allow us to be ruled by the Navy.. Just because we salute them, respect them, we worship them literally for protecting the country, it does not mean that they should consider themselves holy cow and totally go against civilian interest,” the minister said.

He said that the activities in large tracts of the lands including those surrounding Panaji city would be impacted with such kind of regulation.

“What will Goans do? Where will they go and build? Is it an effort of the Navy or their ploy to come and rule Goans? We have an elected government here. We are in a democracy,” he said.

In the past, then deputy chief minister Vijai Sardesai had opposed circular about obtaining the Navy’s NOC for new construction near the airport, which is managed by the Indian Navy.

Previous articleClarify whether Vibrant Goa is a government initiative, Demands Rohan Khaunte
Next articleGovt is working on creating better employment opportunities for all: Vishwajit Rane