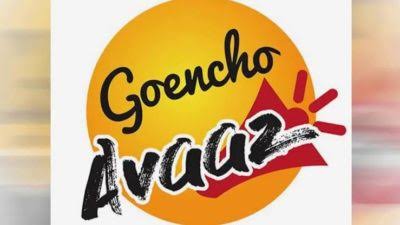 Panaji : First sex wellness store in india was opened in Calangute is making news for all wrong reasons.

Newly formed Goencho Avaaz has said that it is an attempt to promote wrong tourism in the state by Goa government. They have also taunted “Atmabhirbhar” initiative of CM Pramod Sawant.

“Even as Goa reels under multiple assaults due to a government that refuses to heed the voices of its people, the State’s reputation as a den of debauchery and sleaze was further reinforced by the establishment of a so called sexual wellness store, located unsurprisingly in Michael Lobo’s constituency of Calangute. In fact, the launch of this new sexual wellness store, completes and complements the sexual trade business that is allegedly being openly supported and conducted by the MLA.” Said Goencho Avaaz

According to Goencho Avaaz govt by giving permission to sexual wellness store they arr displaying a total lack of concern for the well-being of local residents, young children and future generations, Michael Lobo and his government are on a mission to destroy the ethos of the state and make Goa a hub of perversion and cheap thrills.

Goencho Avaaz Party has vociferously condemned the inexplicable setting up of a sexual wellness store in Goa. “From casinos to drugs and now sexual wellness stores, this government is selling Goa to the highest bidder. It is devastating to see how Goa is being demeaned and degraded by marketing it as a sordid and disreputable tourism destination where anything and everything goes.” lamented Goencho Avaaz

They also reckoned that there at no benefits of this sexual wellness shop for Goa and the Goan people On the contrary they said, it will bring to the fore a surfeit of ancillary problems such as an adverse impact on the social fabric, worsening living conditions for locals, corruption of our young generation, and serve as an attraction for the wrong kind of tourist by sending out a clear message to the world that Goa is a sleaze destination catering to all sorts of perversions.

Goencho Avaaz has urge the government to fulfill its responsibility of creating a tourism model that is in keeping with the ethos and culture of Goa and Goans. “A model that will bring pride and honour instead of shame to Goans. A model that will ultimately benefit the state and its people.”