BJP’s full majority Govt had permitted and ensured construction of the bungalow at Old Goa: Sardesai 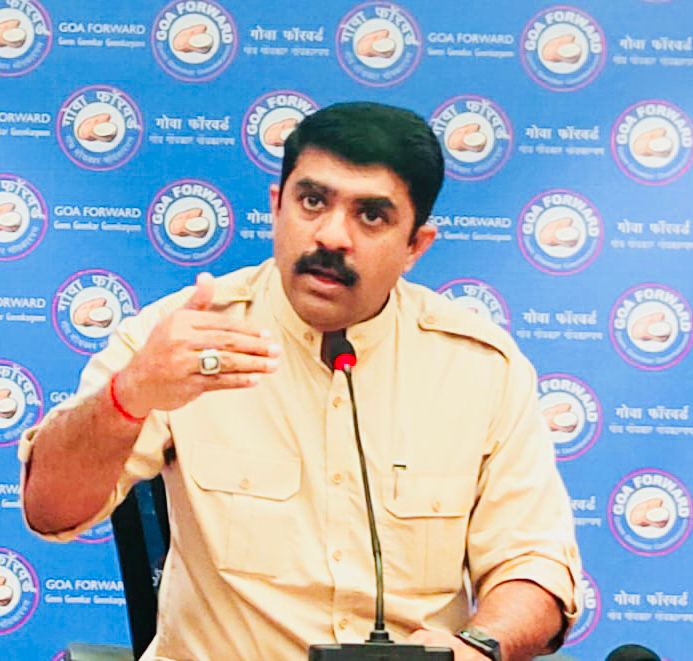 Margao: Responding to Deputy Chief Minister and TCP Minister Chandrakant Kavalekar who mentioned a ‘former TCP Minister’ of permitting the construction of a bungalow in the heritage precinct at Old Goa, Goa Forward President Vijai Sardesai stated that the Dy CM’s ambiguous statement insinuates that he, as a former TCP minister was at fault.

Clarifying that he wasn’t a minister when all the clearances were given, and indeed it was the then BJP government ruling with a full majority that was responsible, Vijai Sardesai put forward the time line and facts that led up to the construction. He also challenged BJP to place all the facts in public domain and stop distracting the people from the truth.

Sardesai in a press conference in Margao on Friday explained that the clearances to construct this bungalow were given in October 2016, when he was not a part of BJP government, let alone a minister.

“I was sworn in as minister on 14th of March 2017. In this case, the Conservation Committee had given approval on 7th October 2016 and subsequently TCP had given technical clearance on 18th October 2016. This was when Laxmikant Parsekar was Chief Minister and late Francis Dsouza was the then TCP Minister”, Sardesai clarified.

And the moment Suraj Lotlikar’s (former office bearer of Goa Forward) name emerged in connection with this bungalow in May of 2021, he was told to immediately step down. The President said.

“As a Goemkar, I have always been in the forefront to protect the heritage of Goa. A similar issue had arisen in Curca-Bambolim and I had revoked the licenses issued to villas which were coming up next to our lady of Rosary Church. I remember Parish Priest Benjamin Victoria had approached me and I had taken the lead to revoke licenses, after personally visiting the church, although they were not issued by me.” Sardesai said. I was the only person who took the Panjim PDA- Old Goa issue that threatened Se Cathedral to the Governor and UNESCO. It was stopped because of my efforts. Goans remember that.

“Now what stopped Babu (Chandrakant Kavlekar) to revoke permissions of this particular case when he is part of the full majority BJP govt.” Sardesai questioned. Sardesai also challenged if anyone can prove that this matter was brought to his notice when he was TCP minister.

“I also challenge Babu Kavalekar to show the documents saying which minister gave permissions. Or let him spell out who the ‘former TCP minister’ was. Politics should not be done at the time of Goenchya Saibachem feast.” Sardesai reminded.

On this issue I reiterate that I am with the people and I want what they want. Sardesai emphasised.