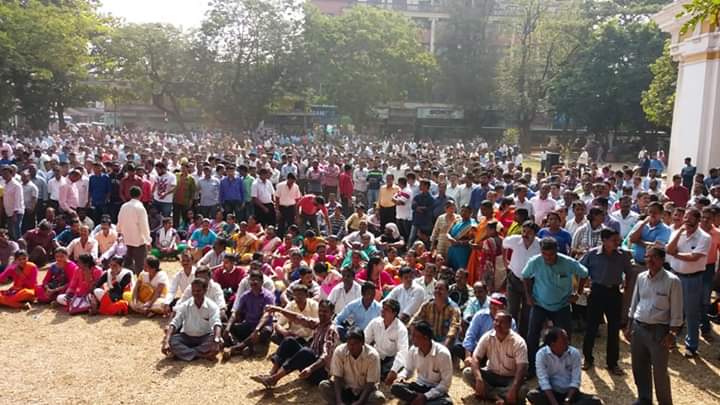 Panaji: The life remained normal during  Bharat Band called by national level unions against centre’s policies on Tuesday even as thousands of workers held a protest rally in the capital city of Panaji in the morning.

The unions have said that their Goa program is different from the national planning. “In Goa we had decided to hold rally on Tuesday and total bandh on Wednesday,” Suhas Naik, Convenor, Goa Convention of Trade Unions and Mass Organisations said.

“Total 5,000 people participated in the rally which began at city bus stand and walked through the city to reach at Azad Maidan,” Naik said.

The unions have said that they will be observing Goa Bandh tomorrow which will have bigger impact. “We want to send a clear signal to the centre that people are against their policies,” he said.

The Bandh to be held tomorrow will have all the private bus service, Banks, Insurance firms, Industries and markets closed, Naik said.