Be nostalgic! Get Chetak scooter once again at your doorstep 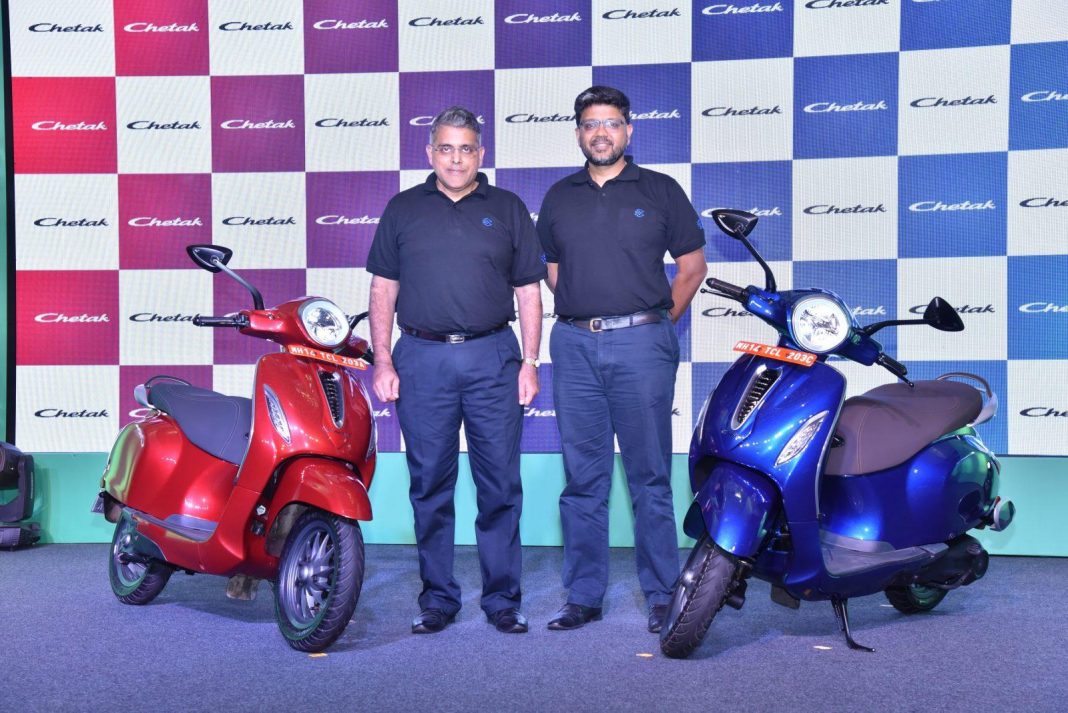 Panaji: Following massive pre-sell campaign, Bajaj Auto would be selling its new Chetak, an electric scooter, in January, 2020 in the cities of Pune and Bangalore, a senior official said on Friday.

“The scooter will be on sale from the month of January onwards during which it would be sold through the outlets in Pune and then in Bangalore,”  Eric Vas, President, Urbanite Business – Bajaj Auto Limited told reporters in Goa.

The Chetak was unveiled in New Delhi on October 16, 2019 in New Delhi following the company had flagged off Chetak Electric Yatra, which reached Goa on Friday.

While maintaining secrecy on the production capacity and target once the scooter is put up for sale, Vas said that the scooters would be manufactured in company’s plant at Pune.

He said that the existing outlets of the company in both the cities would be selling the new Chetak, before expanding into the other markets across the country.

The company has also kept the pricing of the vehicle under wraps while announcing that it would be priced for less than Rs 1.5 lakh per unit.

Vas said that the original chetak was more than just a scooter as it pioneered personal transporation and fulfilled the aspirations of generations of Indians.

“At its peak, then the Chetak enjoyed unprecedented popularity with more than 1.3 crore Chetaks being sold in India,” he said.

Vas said that the new Chetak has a transformed version of its original product with more styling and is completely an electric bike.