Ban fish imports in Goa as they are laced with formalin: Congress 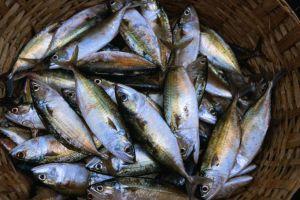 Margao: The issue of formalin in fish has once again raised its head.

Congress party today demanded ban on the fish imported  in the State claiming that they are laced with the formalin chemical, which is carcinogenic.

Chodankar said that they had gone at the market “to create awareness about formalin being used to preserve the fish and also draw attention of the government towards the issue.”

“We had also carried government approved testing kit to have first hand experience on whether the fish is being laced with formalin for preservation or not. We were shocked that majority of the samples tested positive,” he said.

The Congress leader demanded that the State government should immediately stop imports “till there is full proof mechanism in place to check formalin laced fish and also people get confidence that the fish is safe for consumption.”

He said that due to imports which are laced with formalin, even the traditional fishermen are also suffering.