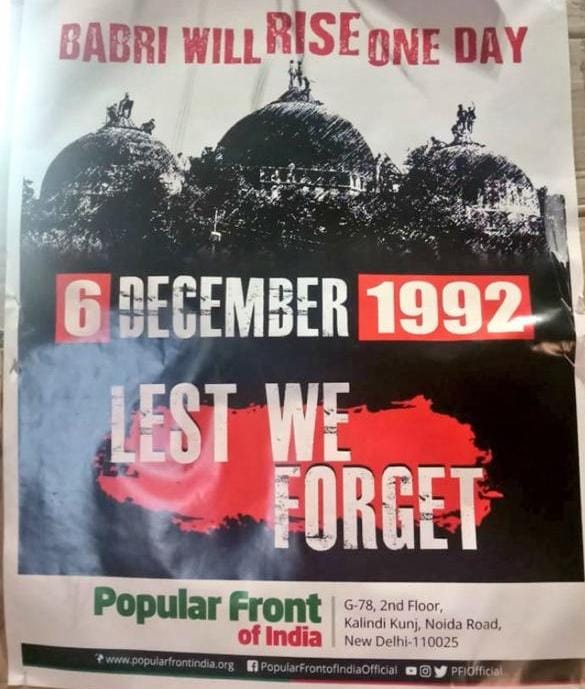 Sawaikar, who is also State General Secretary of BJP, has tweeted demanding police action against those people who have put up the posters across Margao city.

The posters which are credited to Popular Front of India (PFI) has commentes like “Babri Will Rise One Day” “Lest we Forget 6 December 1992” on it.

“These offensive posters are seen posted in Margao and other places. I expect Goa police to take urgent and immediate and strict action,” Sawaikar has tweeted, attaching the picture of the poster on his handle.