Arrest accused in Serula communidade scam, provide protection to those who opposed it 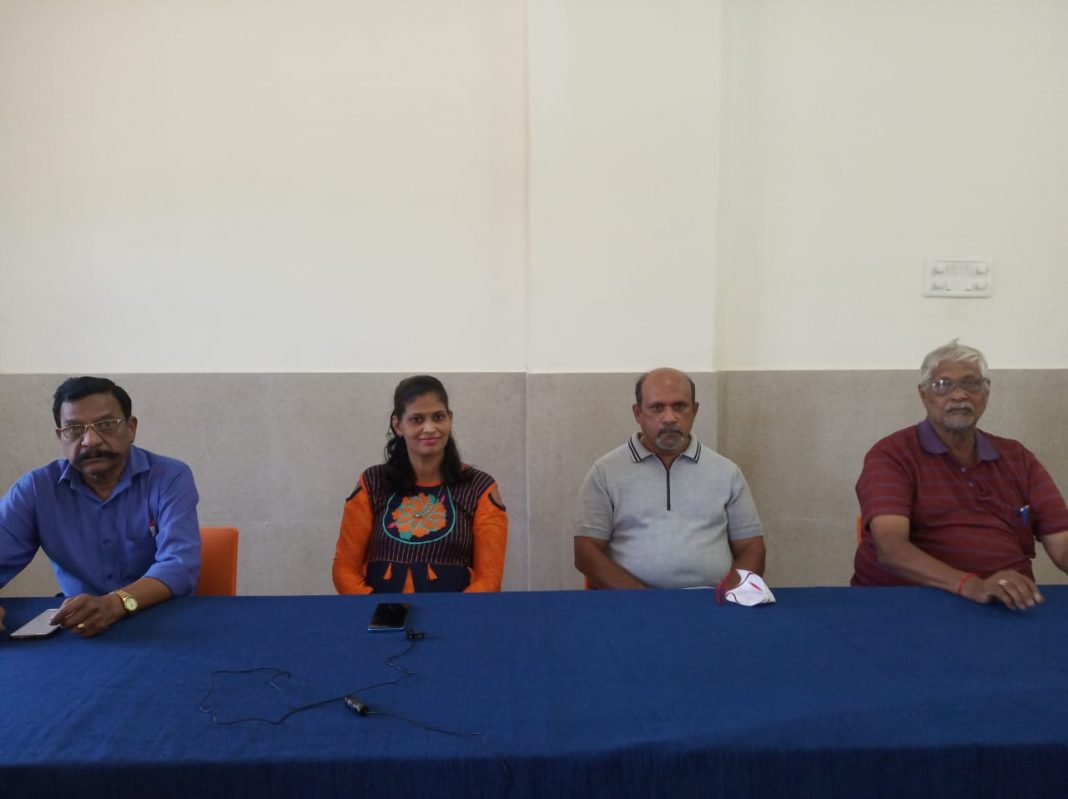 Porvorim: A section of members in Serula communidade and like-minded people have demanded arrest of the accused in one of the biggest landgrab scam which is investigated by Enforcement Directorate. Serula Communidade Treasurer Purushottam Shirodkar has feared that there is threat to the lives of the people who have stood against this scam, and demanded the protection.
Enforcement Directorate sleuths had recently swooped on residences of Rajesh Verenkar and Agnelo Lobo confiscating several incriminating documents related to the scam, which runs into crores of rupees. Local MLA Rohan Khaunte and Congress MLA Reginaldo Lourenco had exposed this scam on the floor of the House.
Shirodkar alleged that the members of Serula communidade who had stood against the scam were threatened by Rajesh Verenkar when they had gone to stop the illegal construction in the grabbed land. He was accompanied by communidade member Joseph Pinto.
He said that the application made to Administrator of Communidade against the illegal construction and similar application to Panchayat fetched no response, indicating the depth of the nexus.
“Like Vilas Methar case, we fear that we may also be burnt to death for exposing this scam, which runs into crores of rupees. Government should give us protection,” he added.
Pinto said that the communidade plots were grabbed by the accused by forging the documents. “I am thankful to the ED which has investigated this scam. But even 15 days after the raids, there are no arrests made” he pointed out demanding immediate arrest of all the accused involved in the case.
“I am elected member of this communidade. It is our duty to protect the land for posterity. Despite being Gaonkar, if we cant stop these illegalities than it makes us redundant,” he added.
Pinto pointed out that Agnelo Lobo and Rajesh Verenkar are close aide of President of communidade Alex D’Souza, who was actually elected to the post to stop the illegalities committed by his predecessor. Verenkar is always found loitering in communidade office, when he is not even a member, what is he doing in that office, he questioned.
He also accused administrator of communidade of siphoning off the money and demanded his immediate suspension as he has reported that the files are missing from his office.
Social worker Kalpana Morajkar said that the serula communidade scam is a big one due to which the ED has come in the picture.”The scam is worth Rs 3.19 crore and many people are involved in it. The scam is unleashed by Succoro Sarpanch Sandip Vazarkar, attorney of serula communidade Agnelo Lobo and his brother Reginaldo Lobo.
She pointed out that 2017, the file for mutation of the land in Serula communidade was sent by Arjun VAzarkar, who is father of Sandip and Shivdas. Interestingly, Sandip Vazarkar later have told the court that his father expired in the year 2005. “If father has expired in the year 2005, how can be sign documents formutation in 2017?,” she questioned.
She also alleged involvement of wives of Sandip and Shivdas, who are director Summar Real Estate Developing Company, in converting 5,800 square metres of area into 19 plots illegally. She demanded action on the seller of the plots and spare the buyers who have invested in it.
Morajkar said that local MLA Rohan Khaunte is not a part of the government since last one and half year and now it is for the government to take action against the scamsters in the Serula issue.
President of Porvorim Citizens Front Agnelo Pereira said that local MLA has been fighting to get justice in this scam. He brought the issue on the floor of the House as he knew that there was a scam in it. “Government did not support our MLA but finally ED has taken the action,” he pointed out.
He accused Rajesh Verenkar and as an agent of the government and also agent of ex-attorney of the communidade along with another “GodFather.” Pereira demanded that government should wake up from the slumber and take action in this case.