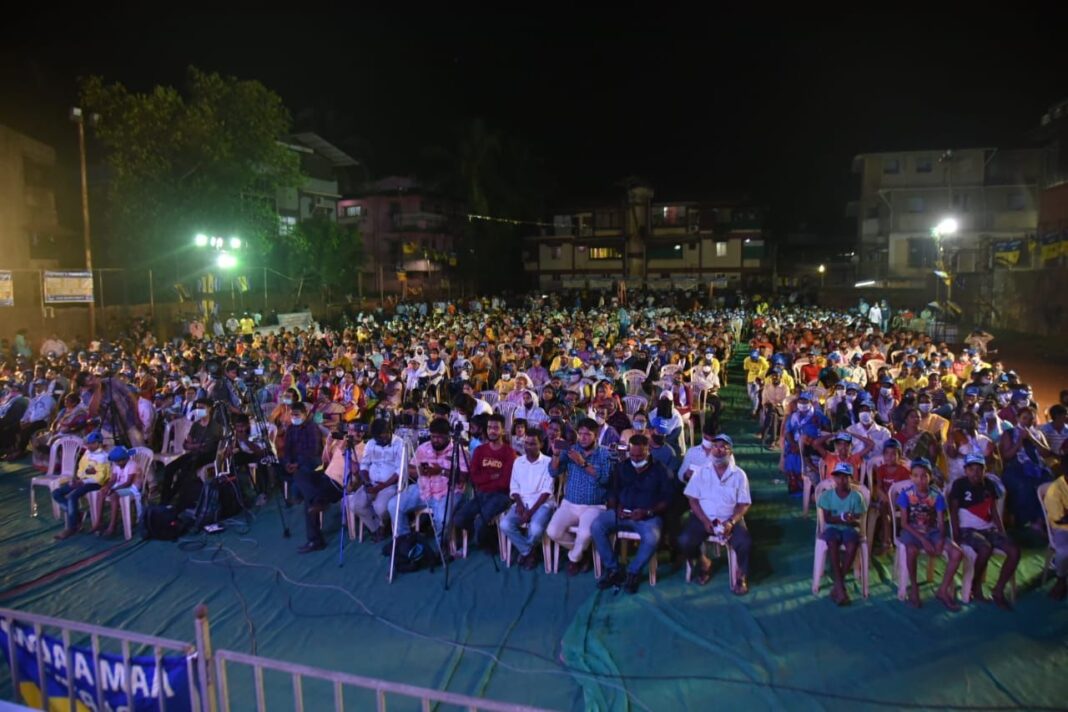 AAP leader Advocate Amit Palekar, who uncovered the BJP’s biggest recruitment scam in the health and PWD sectors, said he would return all bribes taken from job seekers. Furthermore, he spoke about the  AAP’s newly launched hotline to report bribery in the government recruitment.

People at the Mahasabha expressed that Amit Palekar’s leadership could change the fate of Goans by serving the common people. People also said that AAP is the only party, who talks about improving the quality of education, bettering water supply or providing employment to locals. All other parties are busy doing dirty and ugly politics of which Goans are fed up.

Palekar claimed that no procedures had been followed during recruitment and that people were appointed before letters of appointment were sent. He also pointed out 95 percent of the jobs went to people from the Sakhali constituency of Chief Minister Pramod Sawant and the Valpoi constituency of Health Minister Vishwajit Rane.

While addressing the gathering he said, “If the AAP is elected to power, these thieves will be punished so severely that no one will dare to make money from people in the future and our government will get your money back from them. The recent job scam clearly shows that talent and marks are not important in Goa any longer. It may change, if all Goans come together and vote for an honest party like AAP”.

“We will ensure that only the deserving people will get jobs in the state government. The current practice of recruiting people in government through favours from MLAs or influential politicians will be discarded. The entire system of job recruitment in the government sector would be made transparent and accountable,” he added.

AAP vice president Babu Nanoskar said, “Dabolim is one of the worst impacted places in terms of unemployment in Goa where youth lost jobs during the lockdown. Due to the lockdown, taxi drivers in Dabolim had lost their source of income as there were no tourists coming in. The present government has done nothing to support them”.

He added that the party aims to provide a sum of Rs 5,000 to each tourism impacted family till the time tourism resumes full swing. The party will provide 80% reservation for local residents and will bring in transparency in the way jobs are given. To make the youth more employable and their skillset more productive, the party has also assured to set up a skill development university in lines with the Delhi Skill and Entrepreneurship University.

Currently, AAP has ramped up its door-to-door campaigning and Parivartan Yatras in the State.