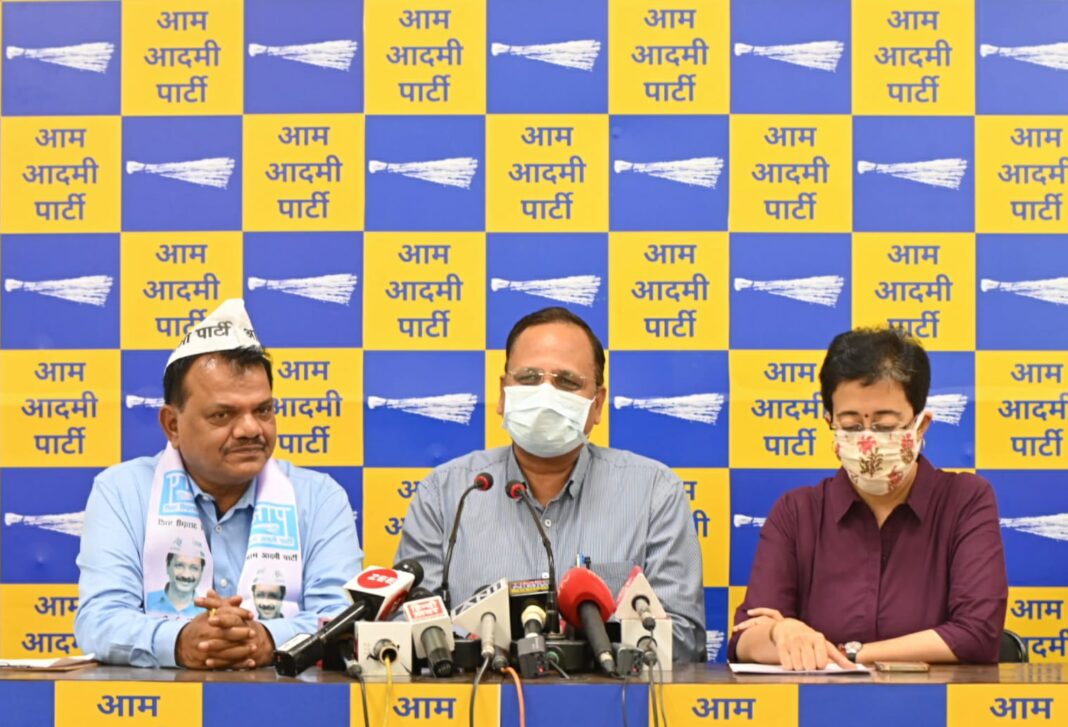 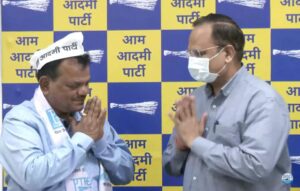 Mahadev Naik was a Cabinet Minister in the Laxmikant Parsekar Govt where he held the portfolios of Industries, Textile & coir, Social welfare, Co-operation & Handicrafts. Naik was also a 2 time MLA from Shiroda from 2009 to 2012. Naik joined the party after seeing that it was only AAP that was working for Goans during the ongoing Covid crisis by providing them with ration, creating Oxygen Checking Centres & the Oximitra campaign.
Naik was also impressed by the commitment of party chief Arvind Kejriwal to provide Goans with 24/7 electricity with 300 units of free electricity.
“AAP is the only people centric party in Goa right now. Where was the BJP Govt when Goans were suffering during the Corona Pandemic? Only AAP Goa was helping fellow Goenkars, by setting up Oxygen checking Kendra in Goan neighborhoods, going door to door to help check Oxygen levels. When Goenkars were out of jobs it was AAP not the BJP that went door to door to provide ration to Goenkars” said Naik.
“BJP promised a Congress Mukt India but today this Congress Yukt BJP Goa Govt is a joke. They have promised only 10,000 jobs when lakhs of Goan Youth have applied for work. What will happen to the future of Goan youth? It is my firm belief that only the Kejriwal model can give a good future to Goan Youth and that is why I have joined AAP. While I was an MLA I worked to improve the hospitals, schools and roads of my constituency. During my term as an Minister of Social Welfare, in 2 years I was able to increase reservation for the Bahujan Samaj from 19% to 27%. Today I have no doubt that AAP will form the next Govt in Goa and Goa needs AAP’s vision” added Naik.
“Goans have become tired of the kind of politics in the state right now. Instead of investing in development, whether it is on schools, roads or healthcare is instead going into the pockets of politicians and being used to buy MLAs” said AAP Spokesperson Atishi. “Meanwhile Goans have seen the work that AAP is doing for people, this is why people both from the grassroots and a two time MLA like Mahadev Naik has joined AAP” added Atishi
“The Sawant Sarkar has angered Goans. When asked for basic necessities like free power they straight up said they would not provide it. It is because of this anger and seeing the difference that the Kejriwal model makes that Mahadev Naik has joined AAP today” said AAP National leader Satyendar Jain

“It is increasingly becoming clear that AAP is the only alternative for Goans.” said AAP Goa Convenor Rahul Mhambre. “Goans have seen that no one has stood by them during the tough times of Corona. Goans are tired and no longer want the BJP or the Congress anymore. Goans have realised that only AAP stands by them during the tough times that have been created by the BJP.” added Mhambre