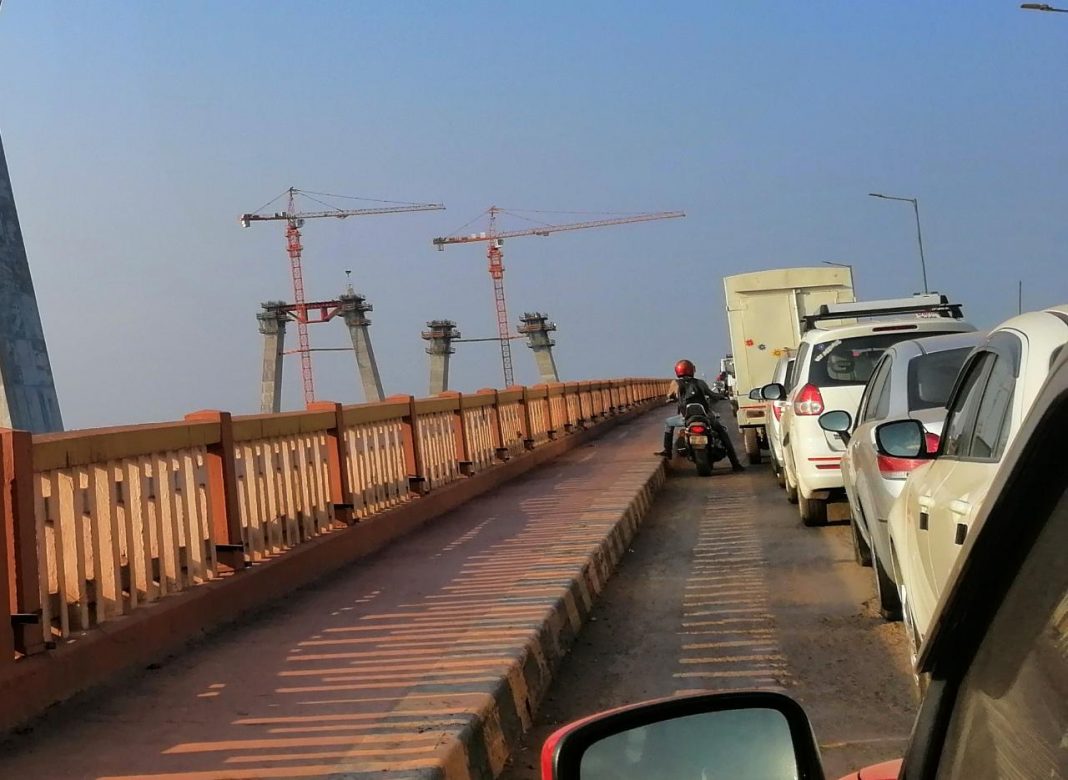 Cortalim: The constant traffic jams at Zuari bridge has become a headache of travelers all these days. But now, Goa Police have their own share of worry.

Portugal’s President Marcelo Rebelo de Souza would be arriving on Saturday at 5 p.m. and from there he is expected to arrive at Cidade de Goa by road.

In between, he will have to cross Zuari bridge and that is the time, when traffic congestion happens on a larger scale.

Police are now working out ways and means to ensure that the convoy of the President does not have to halt at Zuari bridge or the way linking it.

“The convoy will have several vehicles. The testing time would be when he will reach Zuari bridge,” a senior police officer said.

Police on Friday held rehearsal ahead of President’s visit. All the possible situations were discussed during the rehearsal including possible congestion at Zuari bridge.