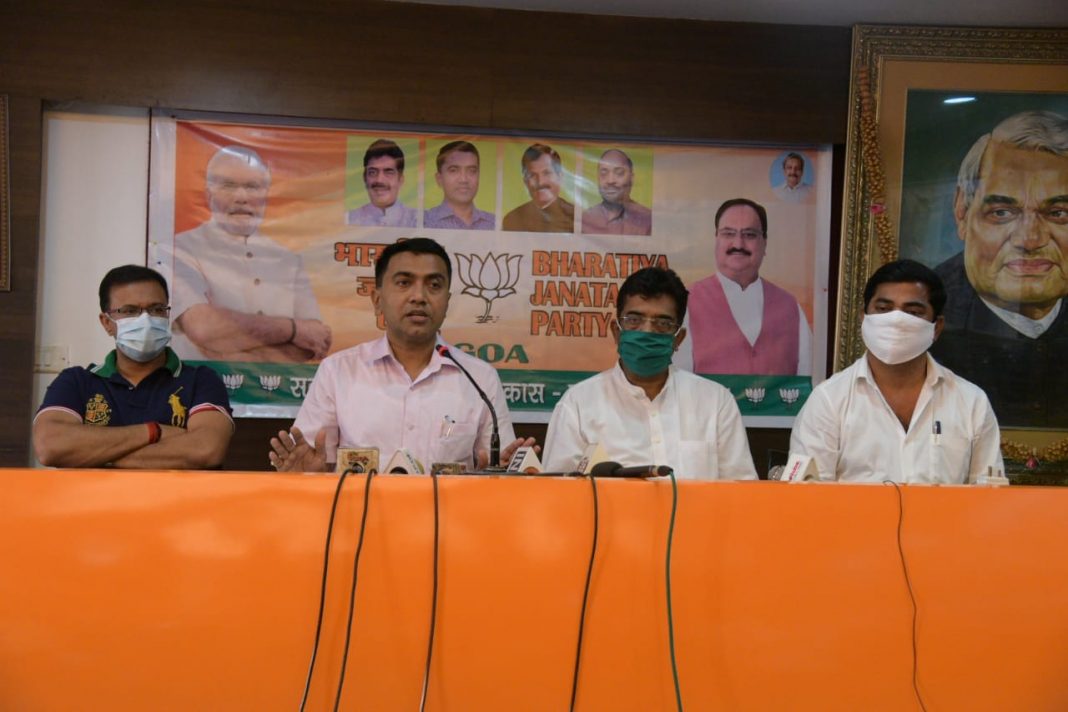 Panaji: Bharatiya Janata Party (BJP) swept the Zilla Panchayat election in the state by winning on 32 out of 49 seats while Congress failing to hit the double digit in the results that were announced on Monday.

In the results that were announced on Monday, BJP won on 32 seats, Independents on seven, Congress on four, MGP three and NCP and AAP on one each.

Arvind Kejriwal-led party won its first ever seat in any of the election in the coastal state where it is aiming to contest on majority assembly constituencies for 2022 election.

“I humbly bow down before the people of Goa for the trust they have reposed onto the Bharatiya Janata Party as well as the Govt of Goa working under my leadership. Let us shape a glorious and Swayampurna (Self Reliant) Goa by taking ahead the same trust and confidence,” Chief Minister Pramod Sawant tweeted.

Later addressing the press conference, Sawant said that the rural voters had posed their faith in the leadership of BJP and the state government. He said that the party has won with huge margin in many of the ZP constituencies.

BJP Goa Unit President Sadanand Shet Tanavade said that the results indicates the support that the party has earned amongst the voters. “The result also reveals what would be the result of 2022 Goa Legislative Assembly election. We will form the government with absolute majority in the state,” he said.

Total 56.82 per cent of the voters exercised their right to vote in 48 constituencies. BJP had won unopposed in one of the constituency while election in another constituency was countermanded due to death of a candidate.