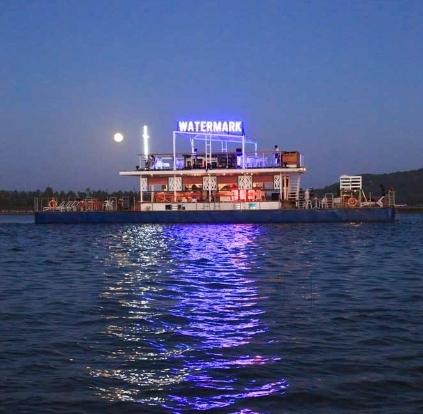 Panaji: Deputy Chief Minister Manohar Ajgaonkar’s son is amongst the directors on a floating restaurant ‘Watermark’ which was shifted from River Mandovi, a day before the inspection by authorities.

What is interesting is that chief minister Pramod Sawant who has given a slogan of ‘Na khaoonga, na khane doonga’ was invited for this project, which was in question right from day one.

Social activists including Kashinath Shetye had filed a formal complaint against this restaurant following which Goa Coastal Zone Management Authority (GCZMA) had fixed an inspection.

A day before inspection, the vessel housing restaurant was taken away while jetty which was built continued to be there.

Shetye in a video exposure has shown how electricity connections were illegally given to this restaurant. Also the construction of jetty is under scanner for violations.

Though Deputy Chief minister is not directly connected to the project, involvement of his son, is enough to establish his links.

Sources stated that Sawant has sought clarification from Ajgaonkar as to why he was called for the inauguration of the restaurant, which was illegal.