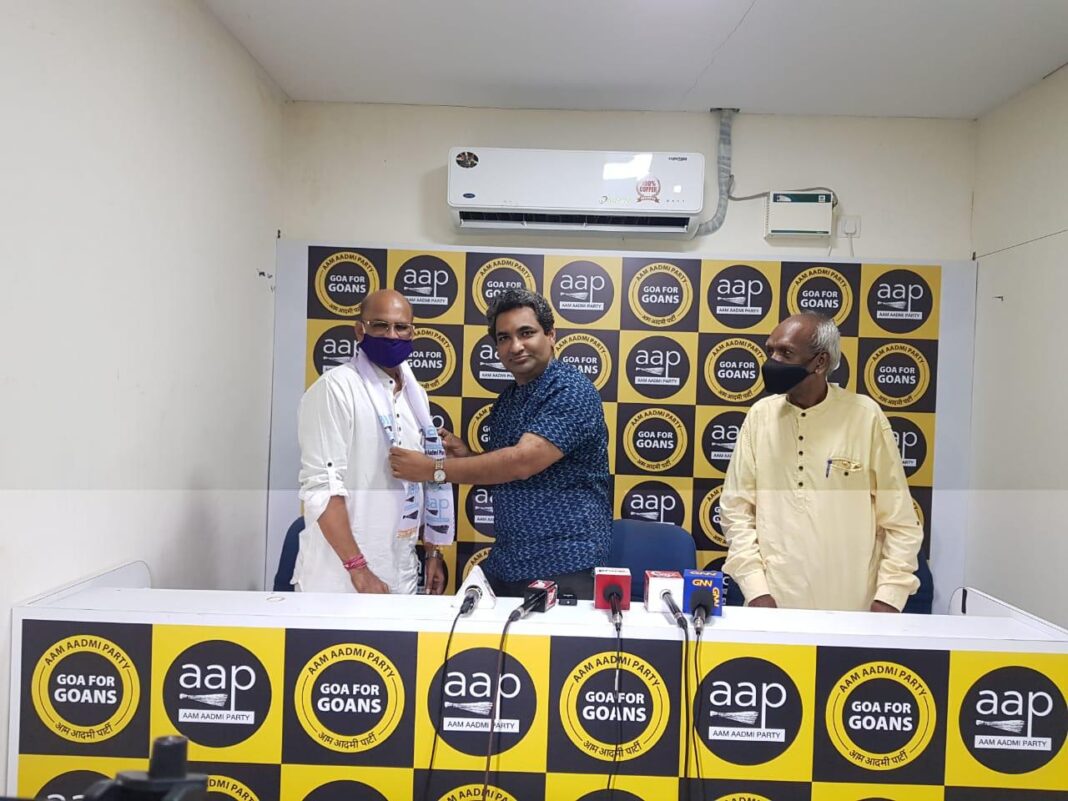 Panaji: One of the close aid of Late Manohar Parikar and Bharatiya Janata Party member Vishwajit Parab today joined the Aam Aadmi Party with AAP Goa Convener Rahul Mhambre giving him a warm welcome.
Vishwajit joined the BJP in 2004 and has been a member of the Siolim Mandal committee member for two terms.
He joined AAP after resigning from not only the mandal committee but also primary membership of BJP.
Vishwajit is in the fishing business and is the Ex- chairman of Chapora Boat owners Fisheries Co-operative Society.
He has been an active social worker in Assagao panchayat area and much respected person there.

“The inclusive development that Manohar Parrikar believed is missing in Dr Pramod’s administration and that is why BJP workers are feeling frustrated today, a lot of workers and close aids of Manohar bab are now sidelined, our motto is to work for vision of Late Manohar Parikar, we want to work for the development of Goa, we believe that only AAP can work for development of Goa under the pragmatic leadership of Arvind Kejriwal”, said Vishwajeet Parab.

Rahul said many BJP workers are today feeling suffocated with the party under Dr. Pramod Sawant. He said AAP is the only party that can take forward Parrikar’s vision and said Goa’s future is with AAP.