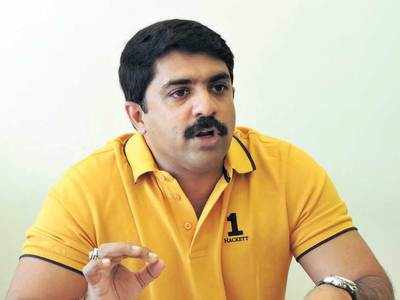 Margao: Saying that protecting germ plasm of Goan varieties of fruits and vegetables is the stated position of the government, Agriculture Minister Vijai Sardesai on Wednesday said the government would unveil an action plan to preserve the germplasm of the Goan mancurad mango, Siridao’s lady fingers, Majorda’s watermelons and Canacona’s chillies.
He pointed out that propagation of the Goan varieties of mangoes and vegetables will get a big boost once the centre of excellence for organic farming by the Israeli-based firm takes shape in the state.
After planting a mancurad sapling in the premises of Ravindra Bhavan on Wednesday morning, as part of the mancurad tree plantation drive organized by Transform Goa, the Agriculture Minister made it clear that preserving and taking forward Goan germplasm is the stated position of the coalition government.
In his address, Transform Goa Convenor John D’sa, who is based in Doha-Qatar, said that he has taken the initiative to promote mancurad mango so that it reaches across the world.
“At Doha-Qatar, People anxiously wait for mangoes from India, but we do not find the famous and delicious mancurad. Transform Goa has taken up the task of seeing that mancurad mango finds its presence across the world by 2035,” he stated.