Vijai questions why Margao MLA is silent on Sonsoddo issue 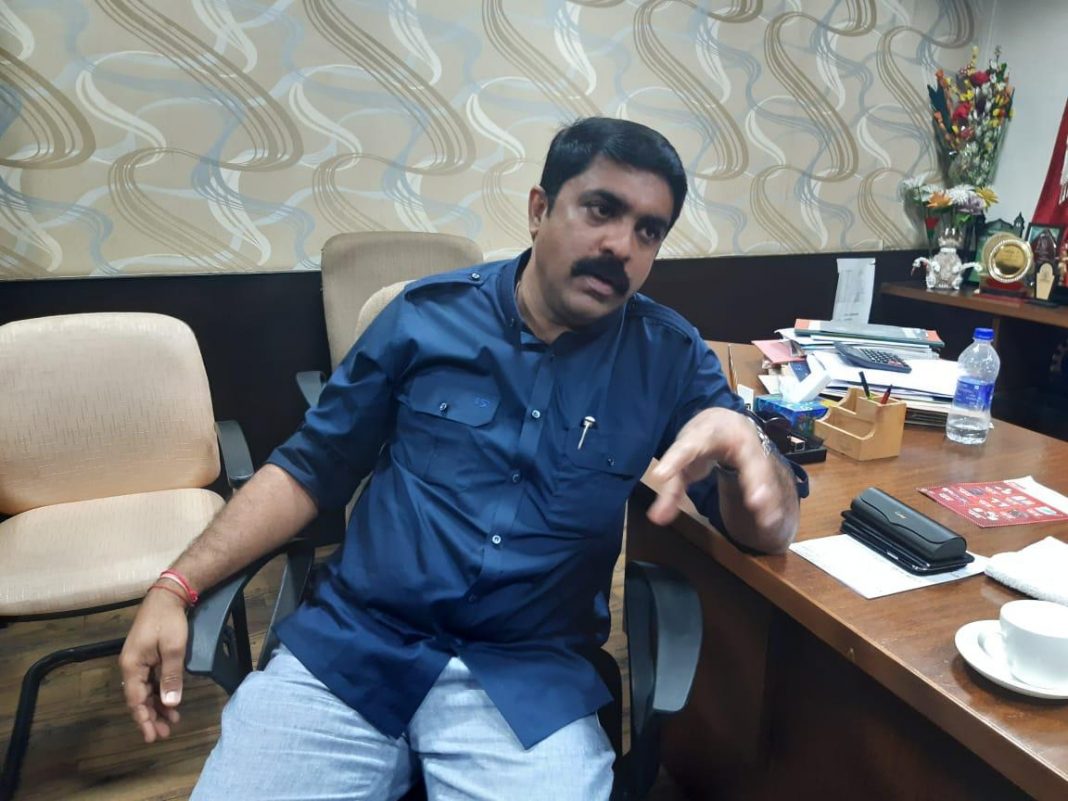 Margao: Deputy Chief Minister Vijai Sardesai while applauding and welcoming the “Count me in” campaign launched by the Shadow Council for Margao to deal with the garbage management problems in Margao, questioned Margao MLA Digambar Kamat’s silence on the matter.

While receiving a memorandum submitted by Savio Coutinho of Shadow Council for Margao he said the initiative shown by the civil society to join in the struggle to clear the mess is truly laudable. “This shows the level of civic consciousness of the people which is very good,” added Vijai.

He pointed out that as per the termination notice served by Fomento Green, they still have 45 days to terminate the agreement. “However, we have plan “B” ready in case Fomento Green leaves tomorrow itself,” he said.

He said the plan “B” will be totally transparent taking the council and citizens into confidence and that there will be no scope for any manipulations later on. He added that the alternate plan is being prepared keeping in mind the people’s attitude of not wanting garbage in their backyard.

It may be recalled that on Saturday, Vijai had got an expert in garbage management from Mumbai, who is currently managing the garbage in a mega city like Varanasi to see the Sonsoddo plant. Here, it was discovered by the expert that Fomento Green had nothing to compost the waste and that the only machinery they had installed in the plant was for segregation of the waste.

Vijai explained that he was elected to the legislative assembly only in 2012 as the Fatorda MLA while the agreement with Fomento Green was signed the previous year in 2011, when Digambar Kamat was the chief minister and the Congress Party was ruling.

“I have inherited this problem and (Curtorim MLA) Aleixo Reginaldo Lourenco has no moral right to question me as I am doing my best to resolve it. But why is Digambar Kamat silent now. He had brought Fomento Green to Sonsoddo when he was the chief minister,” said Vijai.

He disclosed that Digambar had called in on the phone, to convey that the waste generated from Margao waste would be segregated in one shed of the plant at Sonsoddo. On this, he again repeated his question as to why Fomento had not segregated the garbage all this time.

“Now I cannot remain silent as I am being troubled because it is in my constituency and my constituents are suffering,” he said, while blaming Digambar for shifting his garbage woes to Fatorda constituency.

He suggested that like the Shadow Council for Margao, all concerned including Congress Curtorim MLA, Margao MLA and South Goa MP Francisco Sardinha should come together to find a solution for Sonsoddo.