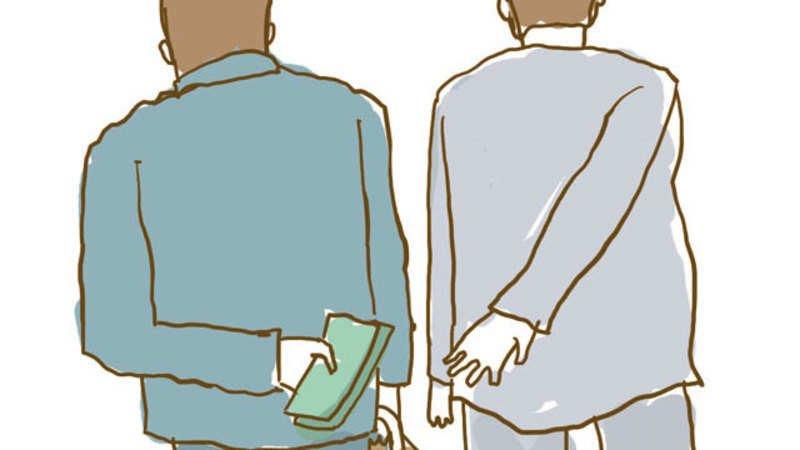 Netravali: Pointing out that the money has been approved for the works that were never executed, a Netravali resident has filed formal complaint against Block Development Officer Bhagwant Karmali and Sarpanch of Netravali Panchayat Archana Gaonkar for  irregularities, fraud, siphoning off of funds.

Local resident Amit Naik has said that two of the premonsoon works tendered by panchayat and for which the bill has been already approved, has never been executed.

“The panchayat has on record executed the tender at an amount of Rs 3,24,968 for cutting of bushes and desilting of drains in all seven wards of the Netravali panchayat,” the complaint reads.

“The Bills which are submitted and paid by Block Development Officer Bhagwant Karmali and Panchayat Sarpanch Archana U Gaonkar indicates that the contractor has billed an amount of Rs 1,04,328 for engaging labours, Rs 48,300 for plying of tipper trucks and Rs 1,75,500 for clearing the bushes,” Naik said.

“But in actual, no work has been done on any of the site. I can provide you the video footage and photographs of all the wards to support my allegations against the officers and the contractor,” he added.

“The entire amount has been misappropriated and fraudulently claimed from the state treasury.

I am attaching herewith all the required documents for the investigation purpose,” Naik stated.

“I would like to say that I am ready to depose before yourself or any other authority as a witness to the fraud committed by the officials of BDO, Panchayat and the contractor,” Naik said.

“I would request you to summon all the relevant files including the completion certificate issued by BDO or Panchayat to the said contractor which is mandatory for clearing of the bills,” the complaint reads.

“I would also request you to go through the tendering process as it was a single bid that was allowed to get the work order on 17/09/2019. The single bidder is now allowed in such type of works,” Naik said.