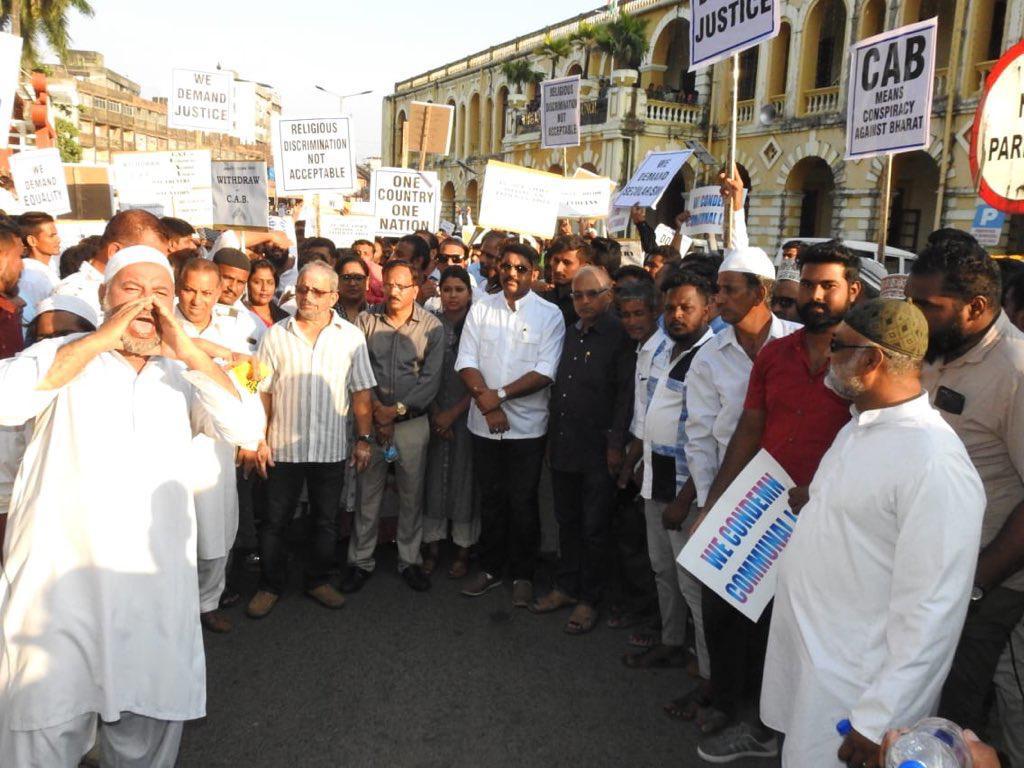 Several citizens held protest at Margao city in South Goa against union government’s action passing the CAB, which has created flutters in several parts of the country including North Eastern states.

The State Executive Committee members of GFP led by its President Vijai Sardesai participated in the protests.

GFP is a part of NDA in the centre.

He said party’s  stand for Goenkarponn (Goanness) stands for communal harmony, inclusiveness and progressiveness. “A legislation that creates insecurity in one community is a bad legislation,” said the former Deputy Chief minister.

Previous articleManohar Bhai has transferred his josh to all youth, including me: Pramod Sawant
Next articleVigilance complaint against BDO, Netravali Sarpanch