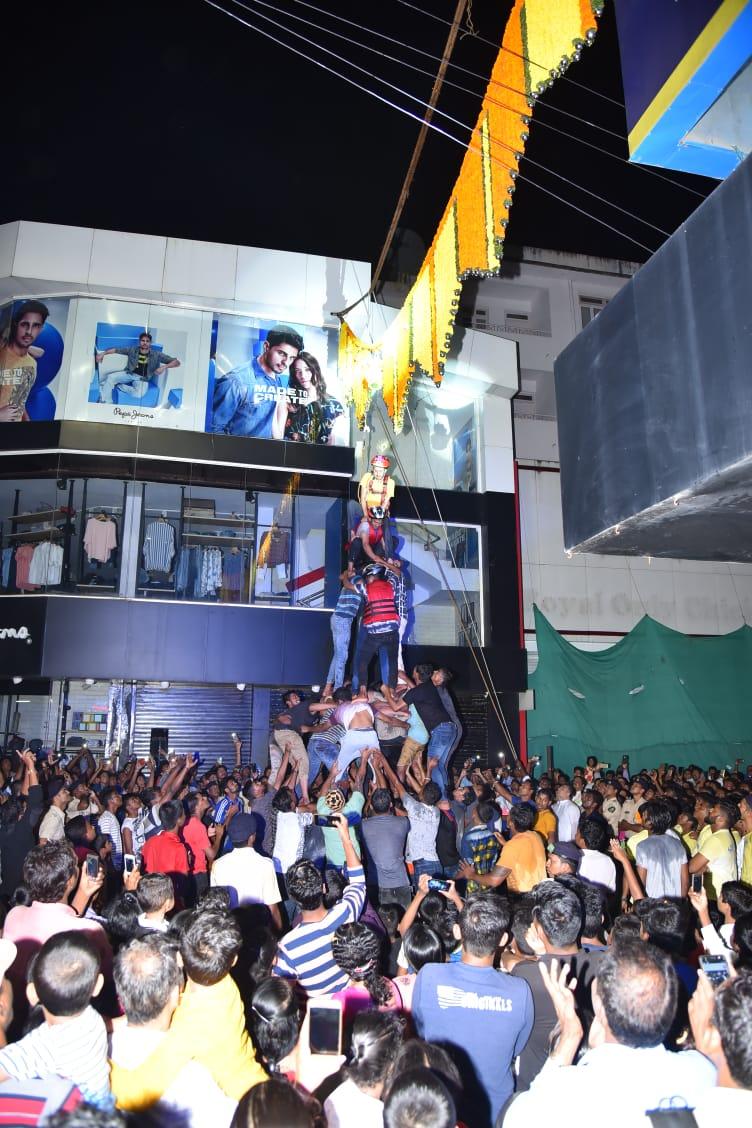 Sardesai who was the Chief Guest for 19th Dahi Handi competition held by the Club assured complete support on the part of the State government for this institution.

The Dahi Handi competition drew huge crowd and number of participants. Total seven teams from across the State took part in the competition.

Siddharud Gymkhana Club from Sanvordem won the title in the closely fought competition.  They received winner’ s amount of Rs 30,000 and Rolling trophy in the hands of the minister.

Social worker and Educationist Professor Harishchandra Nagvekar  and well known teacher Mrs. Reva Julan Dessai were felicitated on the occasion in the hands of the minister.

Following are the results of fancy dress competition:

In the Senior group( age 6 to 12): Sakshi Tulaskar, Sachin Naik, Omkar Lolyekar won the first three prizes , a consolation prize was given to Lakshmi prabhdesai.