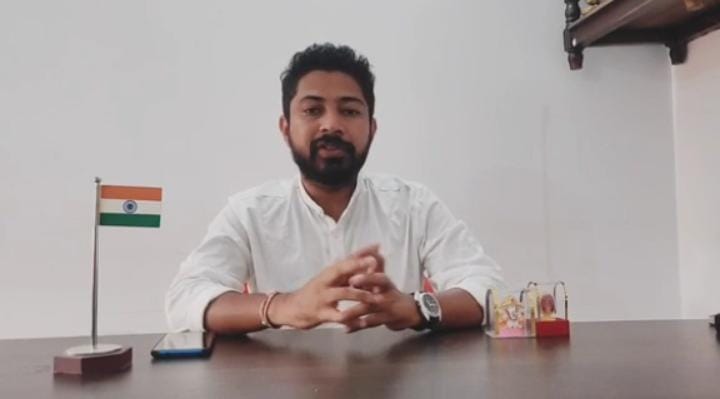 Panaji: Two judgements in favour of Revolutionary Goans Founder, Manoj Parab came as a huge blow to the BJP-led government in the last two days.

The Deputy Collector of Pernem issued a notice to Manoj under Section 107 of Cr.P.C for holding a meeting and instigating the people of Dhargal and was asked to appear before him. The same order was challenged in the High Court of Bombay at Goa.

The order of the Deputy Collector was quashed by the High Court giving big relief to Manoj Parab.

The Former Advocate General, Government of Goa and prominent High Court lawyer Advocate, Carlos Alvares Ferreira argued the case and brought to the notice of the judge how this order was illegal and unconstitutional in nature.

The second blow to the BJP Government came when the Principal District Judge and Sessions Court Judge, North Goa dismissed the application made by the Crime Branch to cancel the anticipatory bail of Manoj Parab in the Guleli matter. Adv. Carlos Ferreira appeared for Manoj Parab in this matter as well.

Revolutionary Goans also went on to challenge the order by the Valpoi Deputy Collector where he has banned Manoj Parab from entering Sattari for six months. Hearing of this case is over and the order has been kept reserved and Adv Carlos Ferreira is confident of winning this as well.

The Founder of Revolutionary Goans expressed dismay over the behaviour of the BJP-led government.

“BJP is trying hard to suppress our voice by filling fake cases against Revolutionary Goans and its members, but we do not fear as we are walking on the path of the truth. This revolution for the existence of Goans in Goa will continue and will only grow larger in the near future. We are ready to challenge these kinds of fake cases and emerge victorious. At the end of the day we won’t quit and the fight to save our land will continue,” said Manoj Parab.