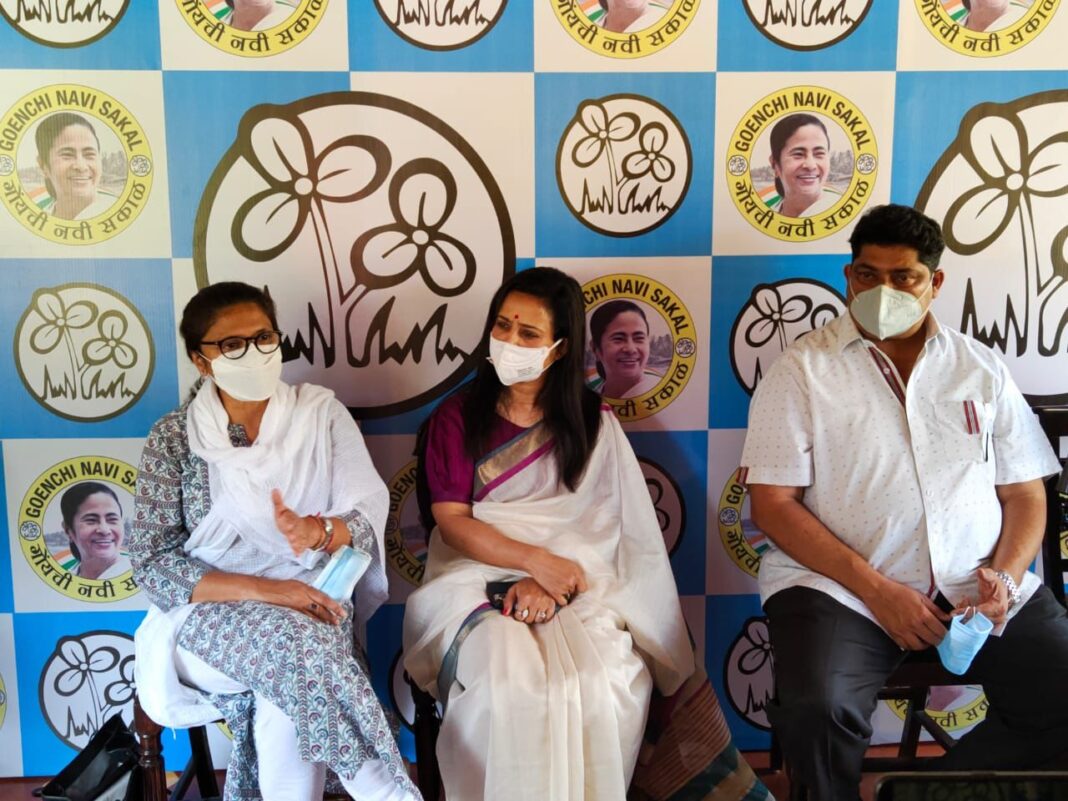 Panaji: Trinamool Congress Party (TMC) will face the upcoming Goa legislative assembly election after announcing the face for the next chief minister.

She said that the decision on the face of chief minister would be taken later after taking alliance partners into confidence.

TMC has already announced its pre-poll tie up with Maharashtrawadi Gomantak Party in the state.

“This is not just a political fight (with BJP) but also a moral fight,” she said adding that BJP has been creating communal discord in the country which is witnessed from the recent incidents during Christmas celebrations in Karnataka and action against Missionaries of Charity.

Talking to reporters, Dev recalled that she along with Lourenco were in the same party (Congress) earlier but left it because they showed no intent to fight BJP.

She said that TMC has come to Goa to do politics of good governance. “Strength of any MLA are his people and we are sure that they will stand by him,” Moitra added.