The scrap yards from Chandrawado, Fatorda to be moved to Industrial Estate: Vijai Sardesai 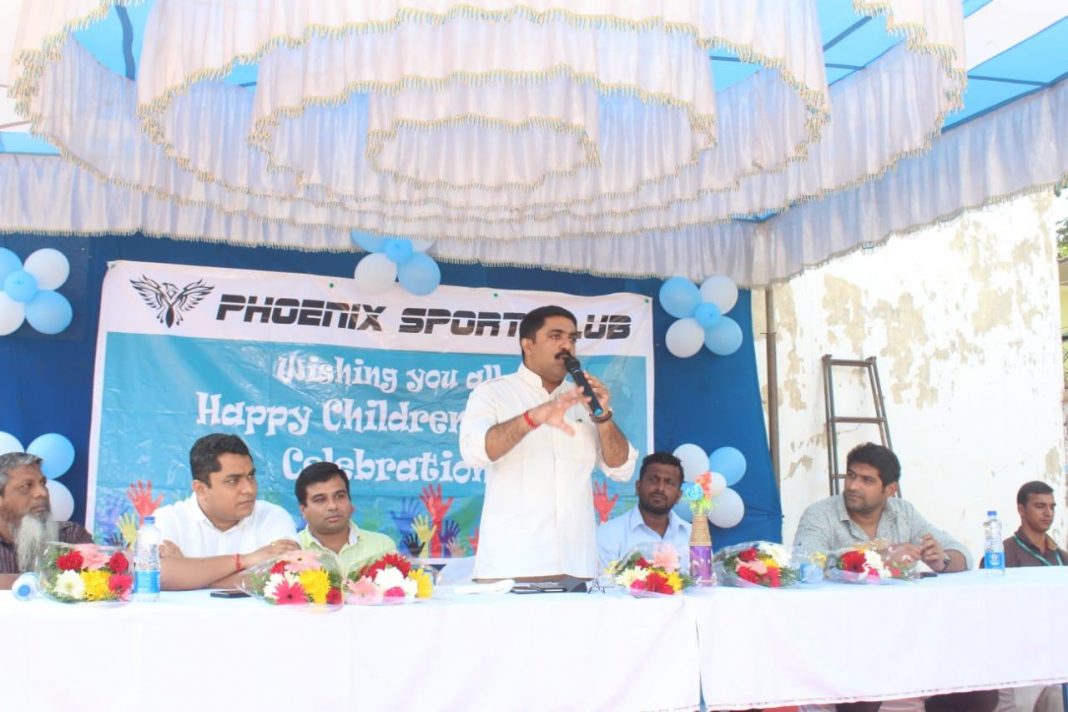 Fatorda: Goa Forward Party Chief and Fatorda MLA Vijai Sardesai has assured that the scrap yards from Chandrawado, Fatorda would be moved out to the Industrial Estate, providing cleaner surroundings for the people living there.

Sardesai was addressing a function on the occasion of Children’s Day organised by Phoenix Sports Club on Wednesday in presence of Margao Municipal Council Chief Officer Siddhivinayak Naik and GFP Vice President Durgadas Kamat amongst others.

Sardesai recalled how four years back, locals from Chandrawado insisted that the illegal garbage dust-bin in this ward prompted him to take drastic step to change the environment of this area.

The forward thinking locals insisted that we should change the look of place from Muhalla to the smart look.

“We decided that we will bring all the modern amenities here and then the garden was constructed. It was inaugurated on Children’s Day and since then it has become a tradition to celebrate that day here,” he said.

Sardesai lauded the people at Chandrawado stating that the citizen here are full of commitment.

He said that the locals have set up a gymnasium, due to which muslim women who were earlier reluctant to come out and exercise in such facilities have started doing it.

“This is progressive step and it is necessary.

“We will make provision in the Industrial Estate and move out scrap yards from Chandrawado before finalizing of outline development plan,” Sardesai said.

“This is our commitment for the future generation. We need to give infrastructure and proper facilities. We need to ignite mind of the children. It is important for the child to dream,” he added.