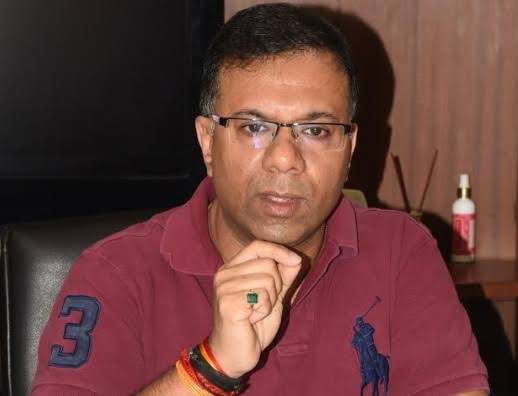 Panaji: Goa government on Thursday formed a joint task force committee comprising of CII and State Industries department to serve as institutionalized framework for a collaborative dialogue between industry and the state government on the issues related to the development and promotion of trade.

State Under Secretaries (Industries) A S Mahatme, in an order issued on April 30, has formed a joint task force committee.

As per the order, the committee will comprise of Confederation of Indian Industries (CII), Goa State council and State Industries Department to serve as an institutionalized framework for a collaborative dialogue between Industry and Government on the issues related to the development and promotion of Industry in Goa.

Minister for Industries Trade and Commerce Vishwajit Rane would be chaiman of the committee which will have eleven other members from CII and the department.

As per the terms of reference of the Joint Task Force Committee, it shall make recommendations leading to the overall objective of making Goa an attractive location for investment and employment.

The committee shall make recommendations for and ensure implementation of appropriate measures, which shall include, but not be limited to the facilitation of new investments, expansion plans of existing companies, ease of doing business related issues faced by existing businesses, improving the viability of new projects, evolving policy framework and suggesting appropriate measures to facilitate greater and healthier private sector participation in the overall development of the state of Goa.

The order reads that the joint task force committee shall address the concerns of all the stakeholders – new investments, existing businesses, Government departments and shall make concrete recommendations to address operational difficulties.

“The Joint Task Force Committee will also address the specific issues and suggest measures to improve ease of doing business in the state of Goa,” the order reads.

The order further states that the effectiveness of the Joint Task Force Committee will be reviewed based on its ability to resolve concrete issues confronting the two major stakeholders – Industry and the government.