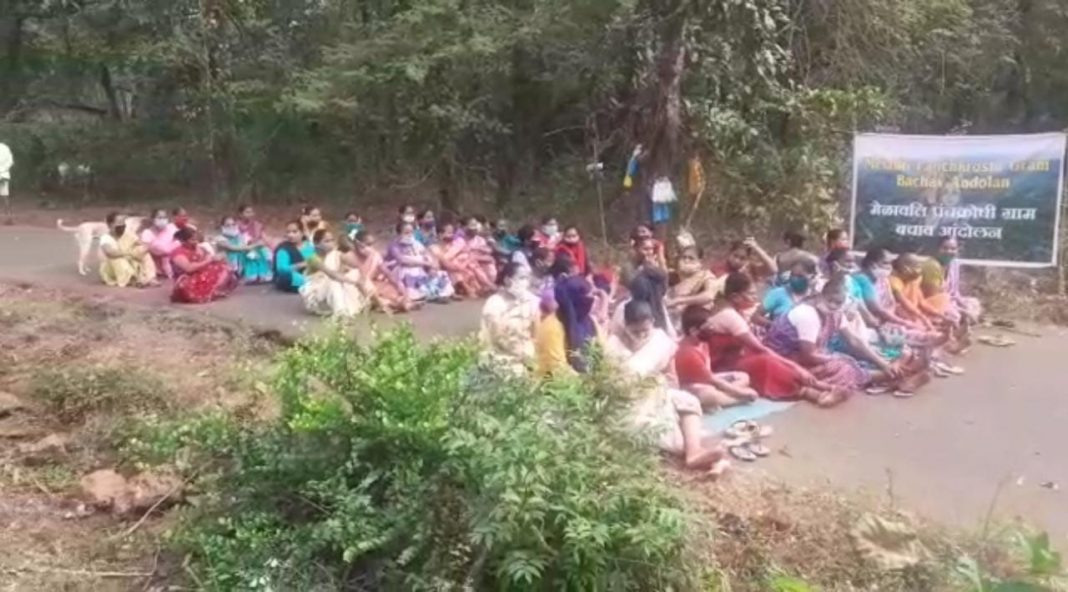 Valpoi: Despite threats of arrest, several hundred villagers of Shel-Melaulim continued their protest against proposed IIT project in their village.

The villagers had put up saffron flags and lit the torch (mashal), symbolic to the Revolution, at the entrance of the village. They continued blocking the road.

Several women also marched towards the nearby bars shutting them down. Three bars were shut down by the women, asking their owners to join the protest.

Meanwhile, 20 kms away at Honda Police Out Post, huge posse of policemen had gathered since Tuesday evening. Sizeable police were also present at Valpoi Police Station.

Previous articleShel-Melaulim villagers appeal Goans to support them on Tuesday
Next articleWho will head Congress in Goa?