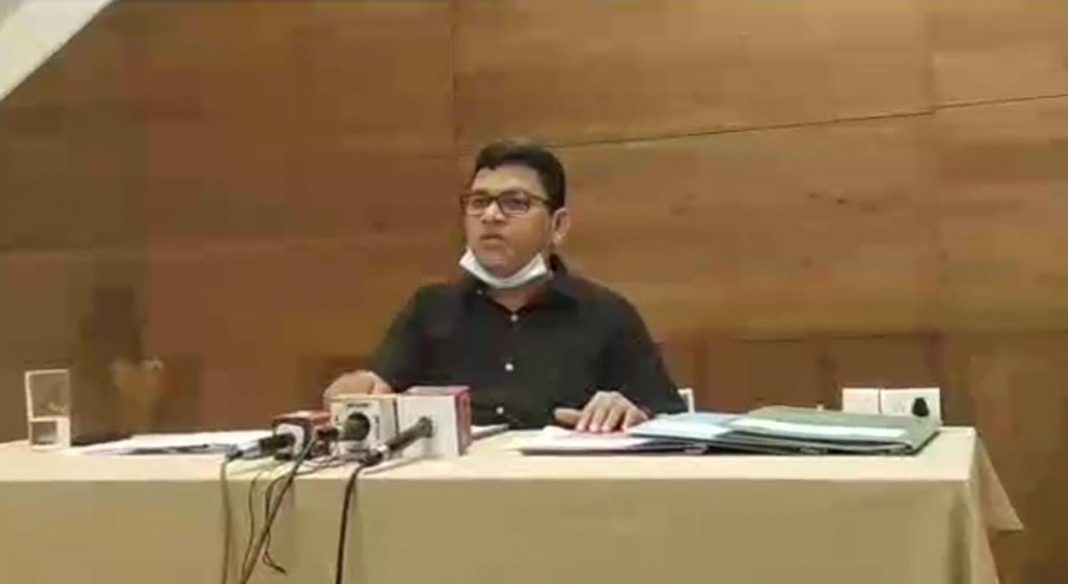 Panaji: Goa’s Independent MLA Prasad Gaonkar, representing Sanguem Assembly constituency, withdrew his support from Pramod Sawant-led government after he was accused being involved in “land deals” by the Chief Minister.

Gaonkar’s withdrawal has reduced the number of MLAs with BJP camp to 29 from 30, including 27 from Amit Shah-led party, NCP MLA Churchill Alemao and Independent MLA Govind Gaude.

The opposition has 11 MLAs including five from Congress, three of Goa Forward Party and two Independents including Gaonkar and Rohan Khaunte and one from Maharashtrawadi Gomantak Party.

Gaonkar told reporters that he has submitted his letter to Governor informing him about his withdrawal of support from Pramod Sawant led government.

Chief Minister Pramod Sawant on Monday had accused Gaonkar of indulging in land deals for the proposed IIT project in the state. Sawant had said that Gaonkar was striking land deals in the name of acquiring the land for IIT project at Sanguem.

The project, which was initially, supposed to be constructed at Sanguem, was shifted to Sattari after government failed to get the land.

Reacting to the accusations, Gaonkar said that he was “shocked” with the statement of the Chief Minister. “Let him prove his accusation against me. I was shocked the way he made statement against me,” he said.

Gaonkar said that he has lost faith in Pramod Sawant as the Chief Minister because of which he is withdrawing the support. The MLA said that he would be exposing BJP-led government and its failure in coming days.