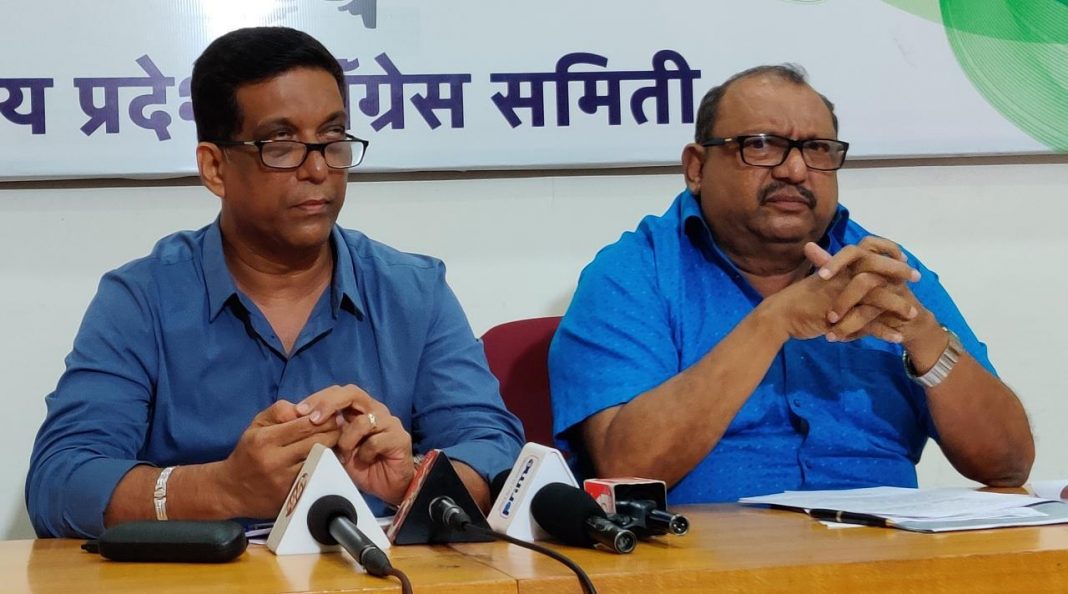 Panaji: Congress in Goa on Monday accused BJP-led State government of taking “minorities for ride” after the accused booked for desecrating Holy Crosses in the State was acquitted in all the cases.

Congress’ Goa Spokesman Agnelo Fernandes told reporters that the cases of desecration of Holy Crosses have been left unsolved after court has acquitted the accused, who was charge-sheeted in ten different cases.

50-year-old Francis Pereira was arrested by Goa police in July, 2017 accusing him of being behind desecration of 150 Holy Crosses. But he was eventually charge-sheeted in ten cases, of which he was discharged by the local court in nine cases and acquitted after the trial in one.

Fernandes told reporters that Goa Church had expressed the fear in the year 2017 itself that police had wrongly arrested a person to avoid embarrassment after spate of desecrations.

“The fear has come true. Police have never been able to arrest the real culprits despite forming Special Investigation Squad (SIT),” he said.

The Congress leader said that the real culprits who were involved in desecrations are still out with police failing to arrest them.

Fernandes said that BJP which has several Christian MLAs but none of them are questioning their own government for failure to protect the Crosses.

He demanded that all the cases should be reopened and investigated a fresh so that the accused is punished.

“Also find out who was responsible for cover up of these cases so that the minorities feel secured in the State,” he added.

Previous articleSEZ land to be auctioned by April, 2020
Next articleIf Vijai Sardesai quits NDA, he would be made “another Chidambaram”: Congress