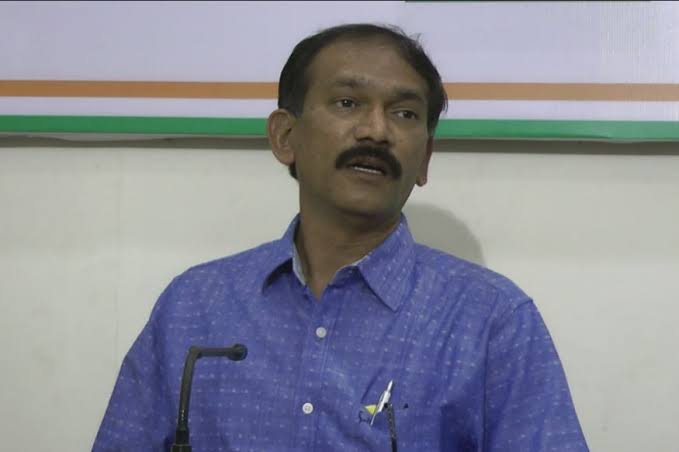 Panaji – Mission 30 percent Commission has made further inroads in the state’s Sports Department, with a mega scam in the making for laying of a synthetic turf at Santa-Cruz Football Ground. The scam obviously is to favour some Chinese Company, said GPCC President Girish Chodankar

One of the conditions highlighted in the REVISED tender specifies that preference of awarding work contract would be given to those companies who have laid turf either for the Lusofinia Games or the National Games. “These synthetic surfaces have never been used either of the two Games – National Games or the Lusofonia Games,” said Chodankar.

The congress party demands a probe on the questionable visits to China in the last three years by Babu Ajgaonkar or his brother Dr. Shrikant Ajgaonkar, who Vice Chairman of Goa Football Development Council (non-sportsperson) despite being a Government Servant. Local BJP MLA Tony Fernandes also must come out clear on the amount of cut he has got to support such illegalities.

He also sought an inquiry whether any other member of the Ajgaonkar family visited China to broker a deal for laying of the turf, despite no advance sanctioned by MYAS (Ministery of Youth Affairs and Sports) to Govt. of Goa for not complying with the formalities.

Under normal circumstances, in such mega projects, the testing of the soil quality, besides field of quality (turf testing) and thickness of the sub-base is approved by FIFA. This provision of testing is mandatory in Central Govt. tenders vis-a-vis quality and transparency. The project envisaged at St. Cruz has no mention of testing requirement, leaving the project owner at risk of being subjected to sub standard project work being executed. This “preference” also leaves the doors open for duplicate turf being used from China, he warned..

The Government must come clean on why it had to re-tender the work of laying of turf at Santa-Cruz Ground. The Sports department must also reveal whether Soil testing of the ground were carried out.

We believe that Ajgaonkars has struck a deal with some Chinese companies to supply sub-standard material and equipments etc to Goa with a sole intention of looting the State coffers, said Chodankar.

The Government of Goa would saved Rs 1.24 Cr., if it refrains from appeasing cartels involved in erecting turf ground, he asserted, adding that as per the Master Plan proposed by villagers, of Santa-Cruz, the installation of Sand track and floodlights would have to be executed within the budget sanctioned by the Government of India.

We will monitor the entire tender process, which has reached the stage of technical bids evaluation, warned Chodankar, cautioning the government officials not to yield to the pressure of corrupt higher up in the government. His days are numbered as minister and he is on his way to retirement Girish Chodankar said.