Parrikar to give more powers to cabinet after October 10 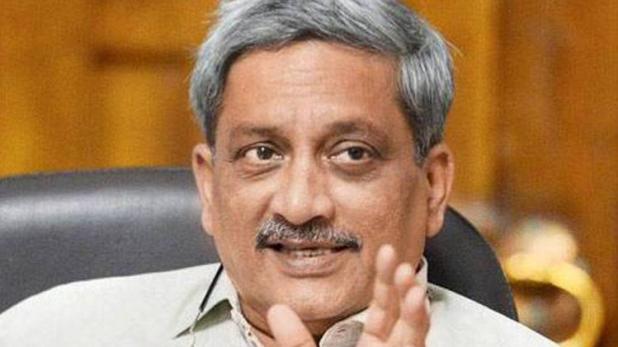 Panaji:  Chief Minister Manohar Parrikar who is currently being treated at All India Institute of Medical Sciences in New Delhi will delegate more powers to the cabinet ministers after October 10, a senior minister said on Monday.

State Agriculture Minister Vijai Sardesai who met Parrikar at AIIMS in Delhi said that the CM has wants to delegate more powers to the cabinet ministers after October 10, when inauspicious Pitru Paksha ends.

Sardesai said that Parrikar is recovering in the hospital where he is being treated for pancreatic ailment since last month.

“I met Manohar Parrikar and he is recovering. He told me that he wants to delegate more powers and also have meeting with the cabinet ministers, which will happen after October 10,” he said.

“I told him (CM) that whenever he calls for the meeting and whatever is his proposal, we (Goa Forward Party) will think over it,” Sardesai added.

During the meeting, Sardesai claimed that he has demanded that the public confidence in the fish that is sold in Goa should be restored, failing which there should be total ban on its import in the State.

Opposition Congress party had claimed that the fish that is imported in the State is laced with hazardous formalin chemical. State Food and Drugs Administration minister Vishwajit Rane had rubbished the claims of the Congress party.

“We discussed about the state administration. I told him that people’s confidence in the state machinery vis-à-vis fish is not restored,” Sardesai said talking about his meeting with the CM in the hospital.

Sardesai said that the government has to adopt immediate measures to restore public confidence in the fish that is being consumed in the State.

“The government will have to see that there is no doubt in the minds of the people, whatsoever with regards being fish which  is sold and claimed to be harmful to health,” he said adding that “failing to restore the confidence, the  government should stop import of the fish.”

“I have sought directions from CM to hold high level  meeting on this issue of fish where State administration has not been able to cope up to rule out fear from the mind of the people as of now,” he said.

“Although FDA minister Vishwajit Rane has tried to ensure faith and rule out misconception but still public faith has not been restored to the extend it should be,” the minister added.

Rane recently had visited the fish market in Margao town, 40 kms away from here, where he had conducted test on the fish that is sold to prove that formalin is not laced on them.

“Till there is public faith and confidence, as far as fish is concerned, as it is staple food, we should ban imports,” Sardesai said.

“The administration should adopt measures to restore confidence of the people. If you ban the import, then people will know that whatever they buy is locally caught. Let people not have doubt on the fish that they consume,” he added.

Previous articleUse of plastic carry bags banned in Panaji city from tmro
Next articleFirst chartered to arrive on October 4, but tourist season is not promising