Omicron: Goa not to impose night curfew for New Year 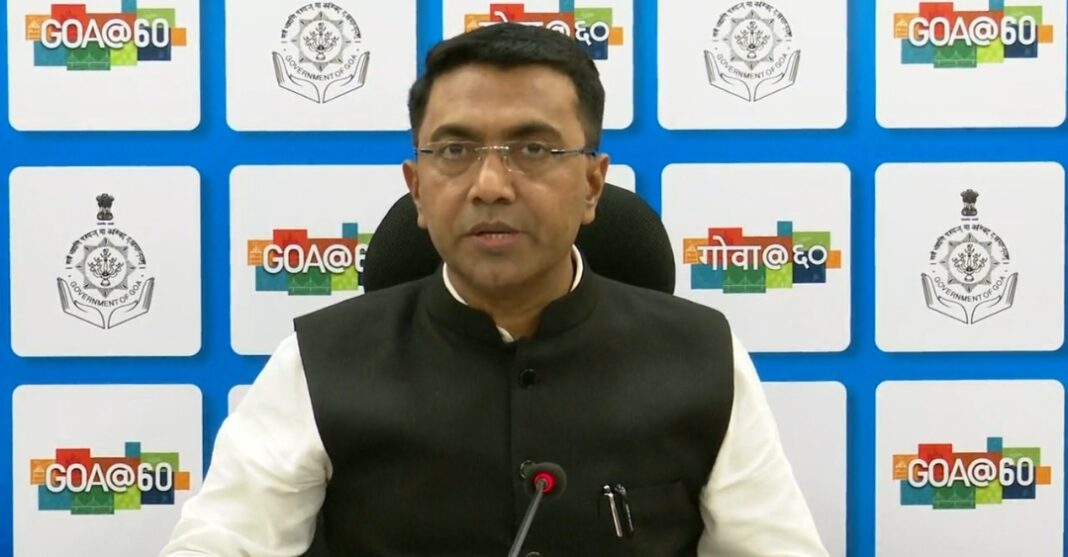 Panaji: The Goa government on Tuesday decided not to impose night curfew in the coastal state for time being so as to ensure that tourism business is not disturbed.

Chief minister Pramod Sawant told reporters in Panaji that the state is monitoring the COVID-19 positivity rate and the stringent decisions would be taken during the meeting of Task Force, scheduled to be held on January 03.

Sawant said that if the positivity rate continues to rise, the stringent measures would need to be put in place.

Goa reported 4.03 per cent positivity on Tuesday, as against 3.99 per cent on Monday. Sawant said that the rise in positive cases is due to two weddings which were held in the state where guests from London and Germany had participated.

He said that the guests from these two weddings have been found more positive.

The state government said that imposing immediate night curfew is not feasible for the touristic state like Goa as it would “disturb the tourism business.”

“Being touristic state, we cannot take immediate decision on issues like night curfew. We will require time. We have appealed the tourists to take maximum precautions,” he said adding that Administration, Health and police department have been asked to ensure that COVID-19 norms are not violated.

Sawant said that maximum number of tourists will arrive in Goa on December 31.

The chief minister said that 94 per cent of the eligible population has taken the second dose of COVID-19 vaccine.

“Rest six per cent of the people are delaying to take the vaccine. We may take some measures like linking of double vaccination certificate so as to ensure that everyone gets vaccinated,” he said.

As per the recent guidelines, Sawant said that the youngsters between 15 to 18 years of age would be given vaccine from January 03 onwards.

“They can book slot online from January 01 onwards. The booster dose for frontline warriors and healthcare workers would be given from January 10 onwards,” he said.

He stated that the US-based company has agreed to provide a free of cost machine for genome sequencing which would be installed at the DHS.

The chief minister said that at present, the samples for genome sequencing are send to National Institute of Virology, Pune where it takes almost 15 days for the testing.

Sawant said that the state government is ready with its health infrastructure to tackle any rise in the hospitalizations. “Our facilities and manpower are ready. We are also ready with the Intensive Care Unit,” he said adding that at present, the COVID-19 positive cases are asymptomatic and they prefer home isolation.