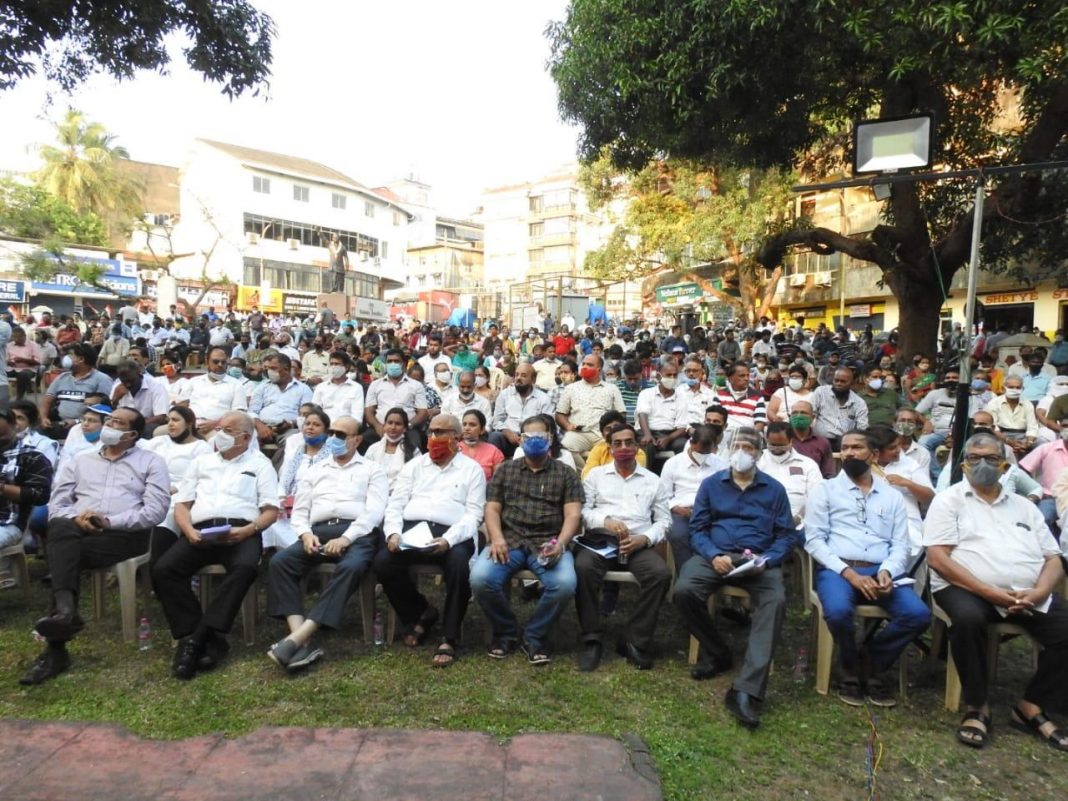 Margao: The Congress party in Goa on Saturday resolved to continue its participation in all the protests by the social groups against three linear projects in the State, which has threatened to disrupt the environment in the state.

Various NGOs and political parties are strongly objecting to the double tracking of railway line, electricity project and expansion of National Highway, claiming that all these projects run through two of important bio diversity hotspots – Bhagwan Mahaveer Wildlife Sanctuary and the National Park. The agitators are raising fear that Goa is planned to be converted into Coal hub as these projects are meant to serve the interest of multinational companies handling the coal in the state’s Mormugao Port Trust.

The Congress party on Saturday held a public meeting at Lohia Maidan in Margao city in South Goa which was attended by its majority leaders including Goa Pradesh Congress Committee President Girish Chodankar, Leader of Opposition Digambar Kamat and Member of Parliament Francisco Sardinha amongst others.

The meeting adopted a resolution to continue to be “voice of the People to protect the Identity of Goa and Environment.” It also unanimously decided to continue its participation in all the protests, agitations to preserve the Environment, Forest and Wildlife of the State.

“This meeting Resolves To Oppose the plans to set up a Coal Hub in Goa to stack up Coal for meeting the requirement of Coal based industries in Other States,” the resolution read, as everyone present for the public meeting supported it by raising the hands.

The Sonia Gandhi-led party also resolved to oppose the laying of railway double tracks from Vasco (Goa) to Hospet (Karnataka), claiming that it was meant only to transport Coal from Mormugao Port Trust to various Industries situated in the neigbouring Karnataka, Maharashtra and other States causing serious  health hazards to the People of Goa.

“This meeting resolves To Oppose the Expansion of National Highways meant to establish expressway solely for Coal Transportation creating health hazards and also destroying the Identity of Goa,” the resolution read.

In yet another resolution, the meeting also resolved to request the Congress Parliamentary Party to move an amendment in Parliament to exclude MPT from the Major Ports Authority Bill, 2020 which gives absolute power to the Ports to enact laws bypassing the State Laws and Local Bodies.

“This meeting Resolves To Demand from Ministry of Environment, Forest and Climate Change (MEFCC) to conduct a cumulative Environmental Impact Assessment (EIA) to assess the overall and collateral impact and damage on the Environment, Health, on Flora and Fauna, the Water Falls at Dudhsagar and its overall impact on Tourism Industry in Goa,” it added.

The participants for the meeting also resolved to demand Public Hearing on all the three projects which are passing through Bhagvan Mahavir Wildlife Sanctuary and Mollem National Park casing mass destruction of bio-diversity.