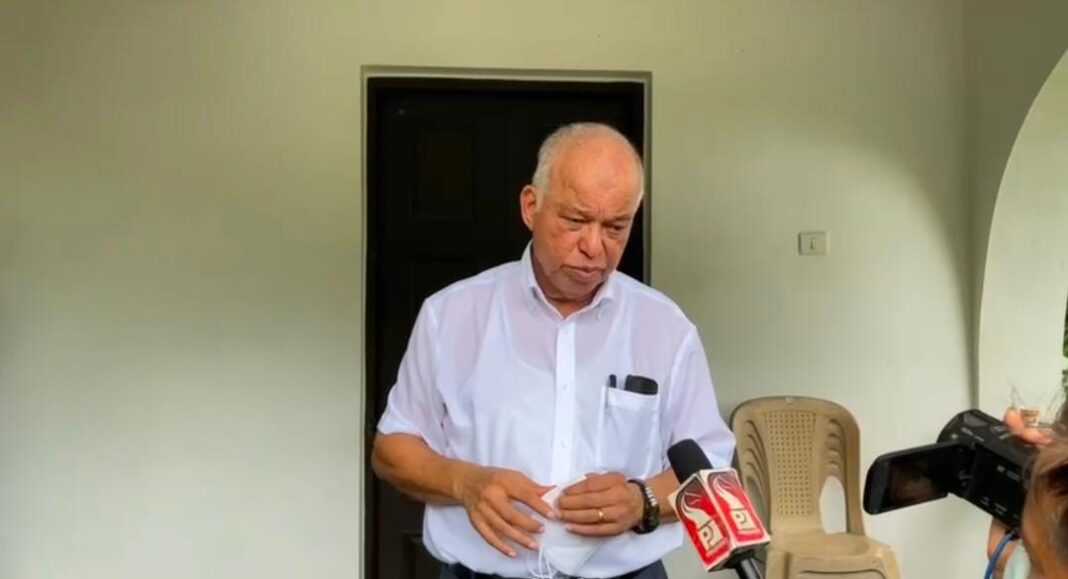 Faleiro is scheduled to address a press conference later in the evening in Panaji, where he has said that he would be making an “important announcement.”

Talking to reporters, Faleiro gave enough hints that he was quitting the Congress party.

“I met certain leaders, they said yes, you are a congress man, I am a congressman for last 40 years, I will continue to be a congressman and part of Congress family..,” he commented.

“This family has to come together to fight Modi. Mamata is the one who has given fight to Narendra Modi and his juggernaut,” he said.

“She has been able to stand up.. she is a street fighter…,” said the 70-year-old leader.

Faleiro said that Goa is also going through difficult times. “We need such fighters who are in the same wave length, same party, same ideology, principles and programmes. Country needs leader like Mamata,” he stated.

“I am a congressman I would like larger picture of  all the congress parties to come and fight next parliamentary election. I would do everything to achieve this dream. It is definitely my dream,” he said.