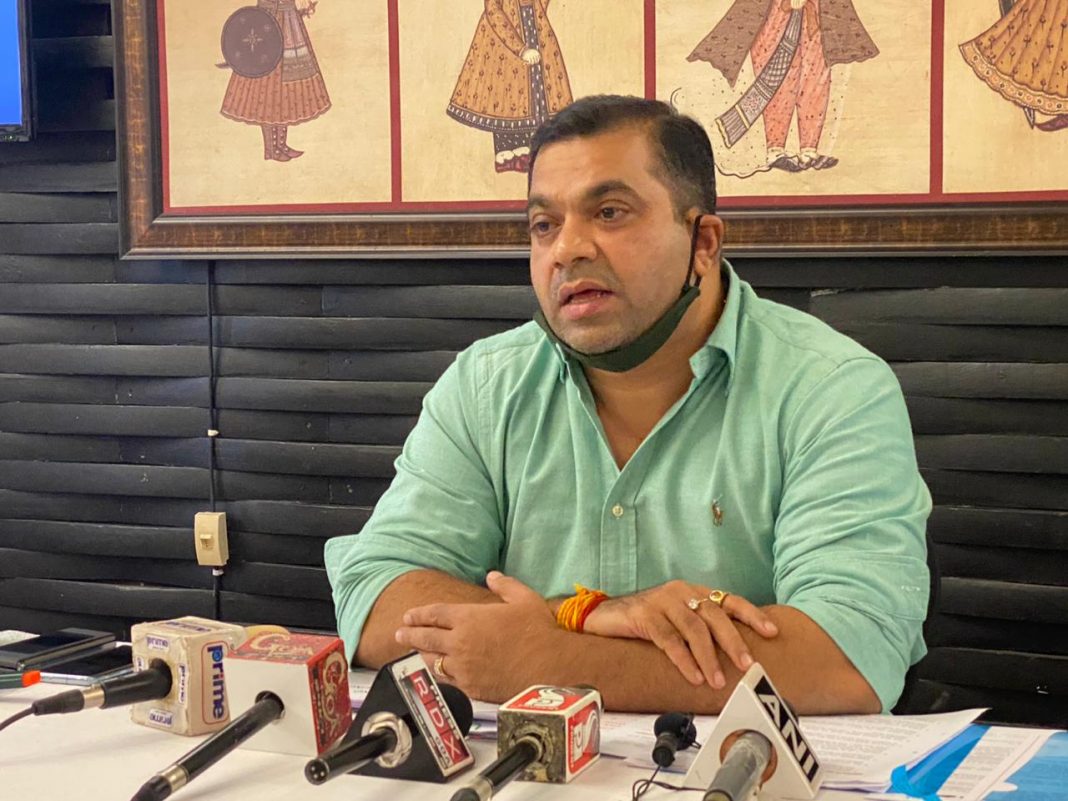 Whenever the BJP runs out of steam or is cornered, they immediately come up with the Communal Card to divert the attention from emergent issues.
That’s exactly what our MP Vinay Tendulkar is doing now by raising the communal issue of ‘Love Jihad’ to divert attention since he’s been cornered with the Zhaveri Kaand & Connections with Gurmeet Singh Bumra, Betting, Tirumala Tirupati Credit Society, Money Laundering, Cricket in Canada and God knows what more will surface as detailed investigations are conducted. It is at such a time that our MP is suddenly having visions of our youth falling prey to Love Jihad and maybe in his visions, he has been appointed as the saviour of young Hindus from Love Jihad !
It’s the lowest limits of dirty communal politics that Shri Vinay Tendulkar is playing to cover up and divert attention from his involvements in recent Criminal and Anti-National activities being exposed in Goa. Despite having given clear links , the CM and BJP is conveniently silent on the connections of the MP to the Zhaveri Kaand & Connections but not to worry, everything will soon be exposed, however much they may try to divert attention with Love Jihad or other issues.
How can an MP of his stature stoop so low in these Corona time’s to incite Communal sentiments when people irrespective of their religion/caste are somehow trying to survive the pandemic by putting up a united fight. It’s utterly shameful to bring forth such communal issues and divide the people when the need of the hour is unity of the people.

Such Politicians are the biggest hurdles in the Development of India envisioned by our Hon’ble PM Modiji and it’s time he took cognisance of such Criminal & Communal Elements in BJP that are dangerous to the peace & harmony of India.

The issue of Love Jihad is no doubt a divisive social malice that has been creating communal tensions throughout the country but is this the time to raise such sensitive issues? And the act of the MP becomes all the more belligerent when we know that the real purpose behind raising this issue now is to create a diversion from the extant criminal and anti-national issues plaguing him and his party coterie.

I hope that Goans and our countrymen do not fall prey to this Wolf cries and will teach these demonic communal elements a lesson. It’s time we identify the Wolves hiding amongst the sheep with the intention to destroy peace and communal harmony.