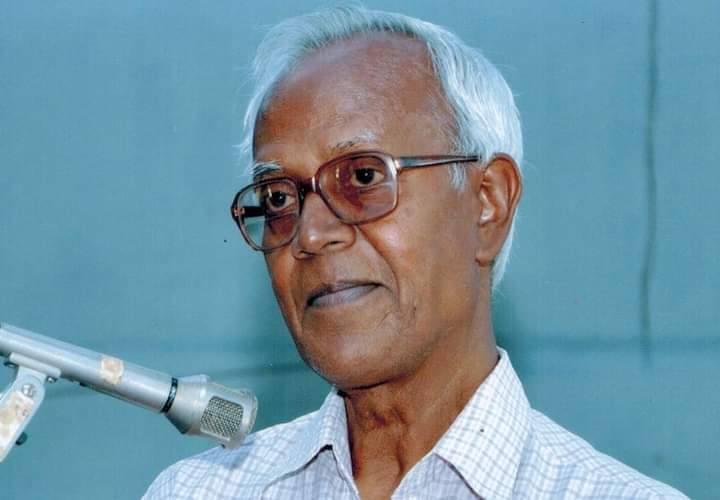 Panaji : Father Stan Swamy (84), a human rights activist died today afternoon. The 84 year old Jesuit priest  was suffering from Parkinson’s disease, he had been on a ventilator since yesterday when his health worsened drastically .
Senior Congress leader and leader of opposition has condoled the death of Swamy, in a tweeter post he said “Feeling devastated by the passing away of 84 year old Champion of Human Rights Father #StanSwamy. This is nothing less than Murder by most insensitive & inhuman Government of India of one of the gentlest & kindest person. My condolences to his family & followers. He deserved kindness”
Fr. Swamy was shifted to the private hospital from the jail on 29 May after being directed by the High Court. He had tested positive for COVID 19 on May 30.

Senior advocate Mihir Desai, representing Fr Swamy, said: “we have no grievance against the hospital. However, we cannot say the same thing about the National Investigation Agency [NIA] and State authorities. I am seeking judicial custody into this as there was a delay of 10 days in taking him to the hospital from jail”

The National Investigation Agency, which arrested him in October from his home , opposed his bail request in court and stated that “there was no conclusive proof of his medical ailments”. The agency held firm to its argument that Stan Swamy was a Maoist who had plotted to cause unrest in the country.

Fr Swamy was an accused in the Bhima Koregaon violence case and arrested from Ranchi on October 9, 2020 Various Churches and catholic organizations from Goa had protested last year demanding the release of Fr Swamy.