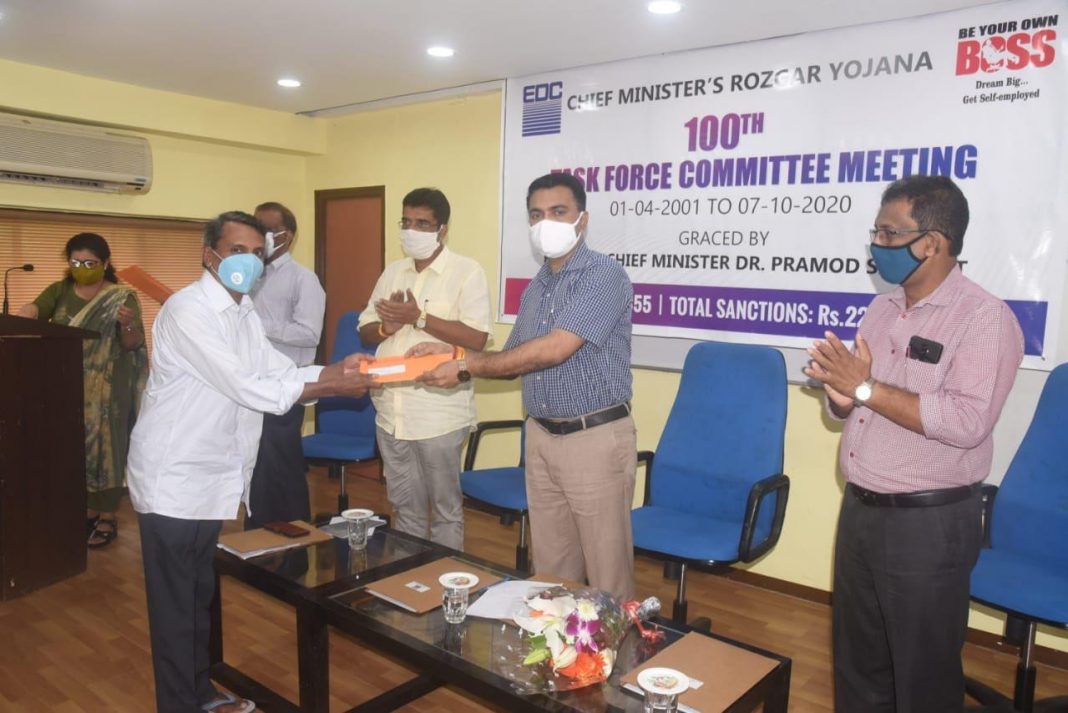 Panaji: The government sanctioned the ambitious mega-projects by the EDC. Present for the distribution of sanctions letters under the CMRY were Chairman of EDC Sadanand Shet Tanavade, Vice Chairman Sanjay, Chief Minister and Managing director.
The programme introduced two projects , the first one was  Govt. proposed Market of Goa(MOG) project at EDC, Patto. For this the area allotted was against the backdrop of the Panaji city near the state Bank of India. Govt. has assured that dump will be cleared by Goa Waste management  paving way for the said project. MOG will be a food and culture market, with 40-60 stalls of Goan food delicacies, produce and souvenirs. The project is expected to to be a true replica of a traditional Goan village market. The project will be made attractive to tourists as well who can witness the heritage of Goa in this market.
The proposed project is expected to provide employment to 1000 Goans.
Another major project under way is EDC commercial City for which a Suitable land is identified by the government corporation at the village of Renovadi & village of Morombi-o-Grande near Merces By-pass highway. The project will have commercial buildings, shopping malls, hotels, open spaces with landscapes etc. The project will also have modern infrastructure like Solar energy for lights and Independent Waste segregation system.This project will serve the benefit of Employment and revenue generation.
Speaking about these projects Sadanant Shet Tanavade Chairman of EDC said, Goans will have maximum benefit in these projects. EDC has made provisions to give loans with minimum interest rate.
EDC is the only govt. corporation which is running in a lot of profit. EDC has given the capacity to employ twelve thousand people. “Development of Patto Plaza is only because of EDC.” said CM Pramod Sawant, he was also confident that the new project EDC will be a boon for the people as well as tourism .