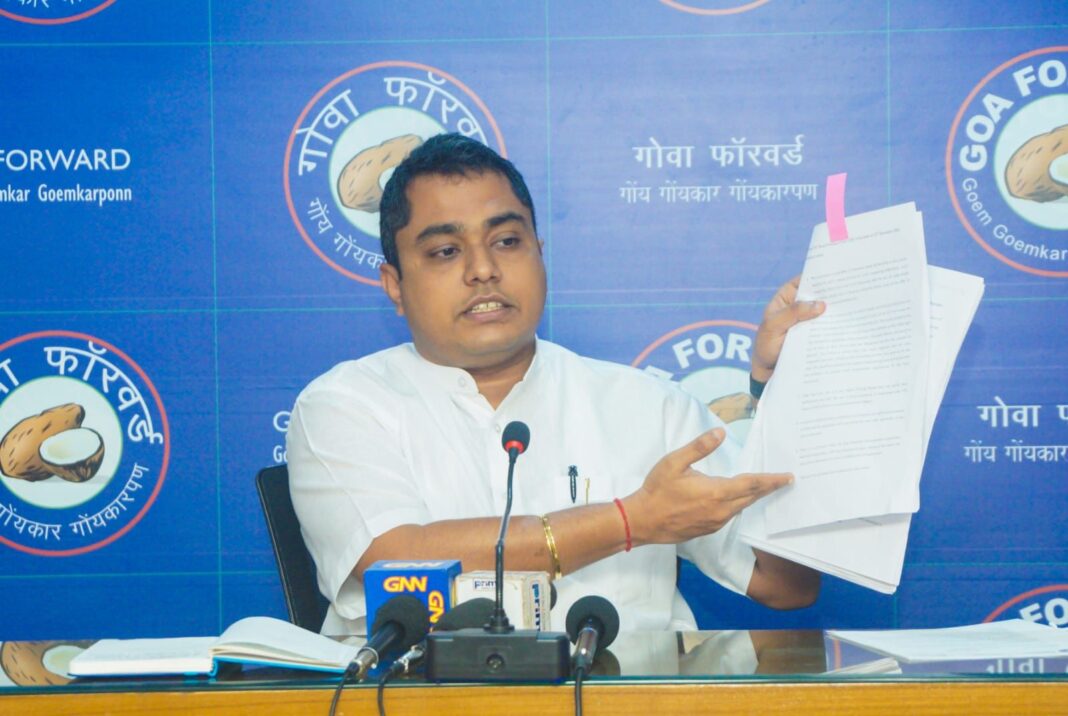 Panaji: Alleging that rampant illegalities and scams are taking place in IDC, the General Secretary (Org) of Goa Forward Party Durgadas Kamat has warned corrupt officials to face enquiry after the new government is formed.

Kamat on Thursday addressed a press conference in Panaji and said that IDC officials are taking bribes per square meter while allotting plots. “Leaders of BJP have become Atmanirbhar and Swayampurna through the affairs of IDC.” He charged.

He said that though there is restriction for swapping of plots, Sanguem IDC has encouraged swapping of plots. “IDC is not following its own rules. Rampant corruption is taking place. Once we form the government, we will hold all the corrupt officers responsible for corruption and scams.” He said.

Kamat said that a detailed complaint has been sent to the Vigilance department in this regard.

“Road patch work at Kundaim Industrial Estate has been passed for 96 lakhs, that too without following the procedure of meeting. This is all a corruption process by officers and leaders of BJP as there were few potholes on the road.” He said.

“I don’t understand how all these corrupt practices are taking place in IDC, which has an IAS officer as Managing Director. Why are these officers forcing us to test their credibility.” He questioned.

Kamat said that there are many scams in IDC, which they had also exposed recently and will further expose in court of law.