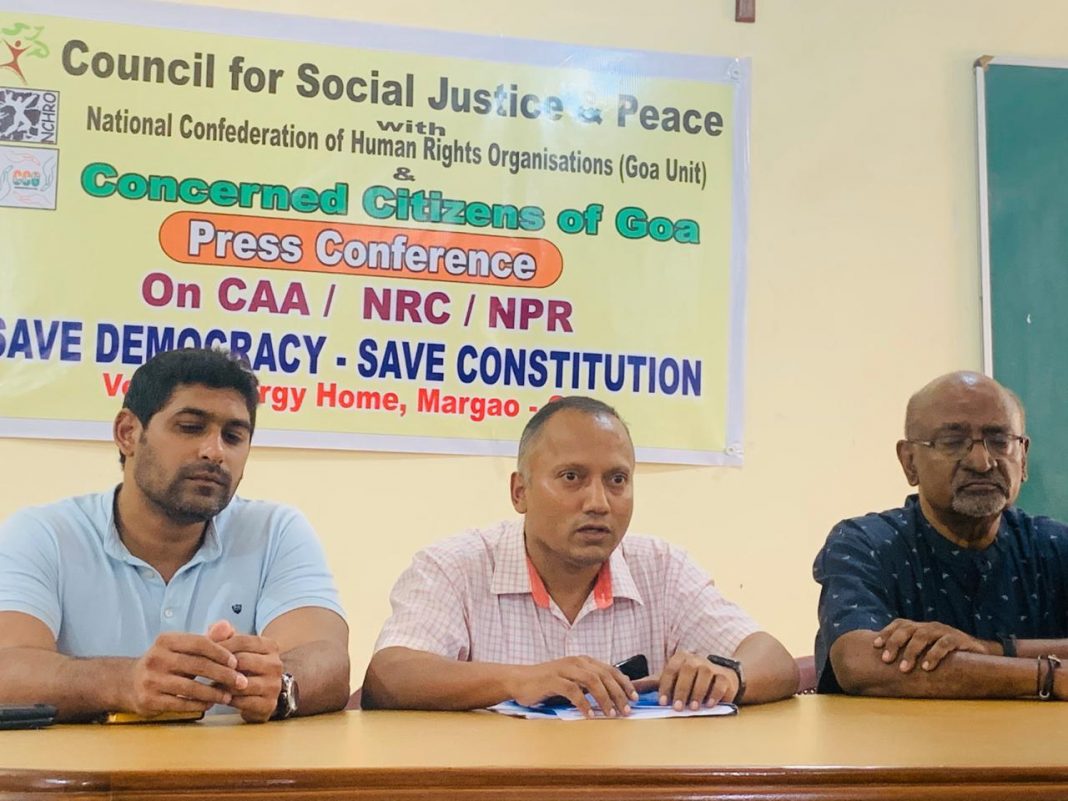 Council for Social Justice and Peace (CSJP), a wing of Goa Church along with National  Confederation of Human Rights Organisation (NCHRO) and Concerned Citizens for Goa would be holding a public meeting at historic Lohia Maidan in Margao city of South Goa on January 24.

Addressing a press conference in Margao, Executive Secretary of CSJP Fr Savio Fernandes said that the public meeting is organised to condemn the action of union government to “endanger the Indian Constitution.”

The public meeting is to register “total disapproval against the CAA, National Register of Citizens (NRC) and the National Population Register (NPR).

Fernandes said that these laws would affect “Goans alike all other Indians, as many don’t even have their birth certificate to prove their citizenship.”

When asked about rights given to Christians in the countries like Pakistan who are persecuted, Fernandes said “there is a possibility, these Christians might not even come to India, but would prefer Western countries, if they want to settle.”

The Priest said that the government must listen to the voice of the people and withdraw the Act. “It can then engage in wide consultation if it still wishes to proceed with any form of legislation regarding citizenship.”

Rajan Soloman, Working President of NCHRO, sid that “CAA in its present form is unacceptable and valid was per the Indian Constitution.”

He said that it for the first time since partition that people across the country have demonstrated an unyielding show of unity cutting across all religions and social formation to register their protests on the streets.

“It is close to a month and the struggle is sustained by the citizens’ own initiatives since this law endangers democracy and secularism,” he said.

Samir Shaikh, President, Concern Citizens of Goa, said that the government’s intention through this act is visible as “BJP had to call for a rally to prove that CAA is getting support from the masses.”