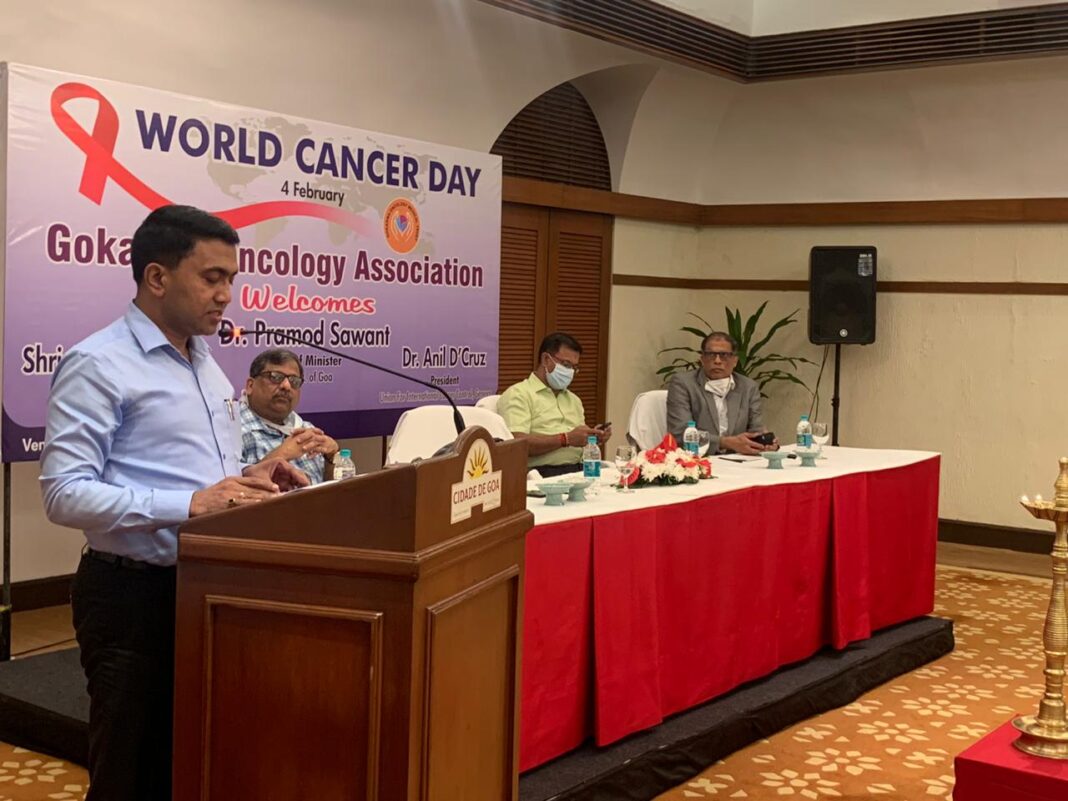 Union International for Cancer Control (UICC) – has said that the two third of the Cancer cases will be from developing countries by the year 2025.

UICC President Anil D’Cruz told a gathering in Goa on Thursday that the currently two third of the Cancer cases are from developed countries, but the pendulum is going to swing.

“The distressing part of the cancer is that at present  two third of cancer comes from the high developed western countries, one third come from developing countries,” he said.

“But the Pendulum is going to swing, by 2025, two third will be from the developing country like ours, we are going to face the brunt of this cancer epidemic,” he said addressing the function organised by Gokarna Oncology Association on World Cancer Day.

D’Cruz said that the government and private sector should have cancer control priorities in place. “Cancer control is not something done in isolation. The approach should be multi pronged. You should have prevention, early detection and state of art treatment,” he said.

“Goa is a fine place. It has great infrastructure but because of the mindset people will go to Mumbai, Belgavi or other places for the treatment. The time has come to change. Compliance to treatment is better when people take treatment within their state,” he said.

D’Cruz urged the government to “look at cancer control policy that would help patients.”

He said that UICC is ready to help Goa in creating Cancer Control Plan.

“The first thing in cancer control plan is to have strong registry. We need to look what kind of interventions are required,” he added.

Addressing the gathering, the Chief Minister said that  over last few years, the status of the Cancer in our state is very different from rest of the country. “The cases occurrence of cancer in Goa is similar to the western world. The breast and colon cancer is higher than the national average,” he pointed out. “This could be due to many factors like lifestyle of the people, unhealthy food habits, late pregnancy etc compared to the rest of the country,” he said.

Sawant said that it is also indicator of good penetration of health care and screening facility in the country.

State Health Minister Vishwajit Rane said that the state is taking forward the project about tertiary cancer care in the state.

Rane said that the state already has cancer registry but it should be made more proactive.

Gokarn Oncology Association President Shekhar Salkar said that his aim is to  have awareness so that the patients can come early.

“Under state government’s medical DDSY scheme, the stage one and two patients are treated almost free of cost. When you come early, you can save the organ and also your expenses are less and also you live long,” he added.