Francis D’Souza upset over his dropping from the cabinet 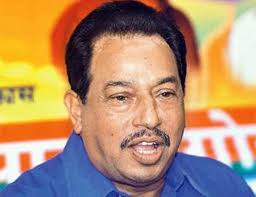 Panaji: BJP legislator Francis D’Souza on Monday expressed dissatisfaction over his removal from Manohar Parrikar-led cabinet claiming that party has given reward for his twenty year long loyalty.

“I was not even taken into confidence before dropping me from the cabinet. I had spoken to Chief Minister Manohar Parrikar even last evening but he did not give any hint of dropping me. When I called him today after knowing that I am being dropped, the chief minister said that it was the decision of the party high command,” said D’Souza, who is currently admitted in a hospital in the USA.

D’Souza and Power minister Pandurang Madkaikar, both of whom are admitted in different hospitals, were dropped from the cabinet today. They would be replaced by BJP legislators Milind Naik and Nilesh Cabral in Parrikar-led cabinet.

“This is the reward which I am getting for my loyalty to the party for last twenty years,” said D’Souza, who has been getting elected on BJP ticket from Mapusa constituency for last two decades.

The outgoing minister said that the party has been trying to drop him from the cabinet for last one year. “Finally, they did it,” he said.

“Today they have dropped me from cabinet. Tomorrow they will remove me from the party, if I am useless for them,” he reacted.

D’Souza, one of the seniormost minister in the cabinet, was contender for the chief minister’s post in the year 2014 when Manohar Parrikar was elevated in the Union ministry.

The BJP legislator, however, had lost the chance to his party colleague Laxmikant Parsekar who then went on to become the chief minister.

Parrikar, 62, has been admitted at All India Institute of Medical Sciences in new Delhi since last fortnight.

Previous articleAiling Francis & Madkaikar dropped from cabinet; Cabral & Milind to be sworn in as Ministers
Next articleTaxi owners upset for not inducting Michael Lobo, threatens agitation