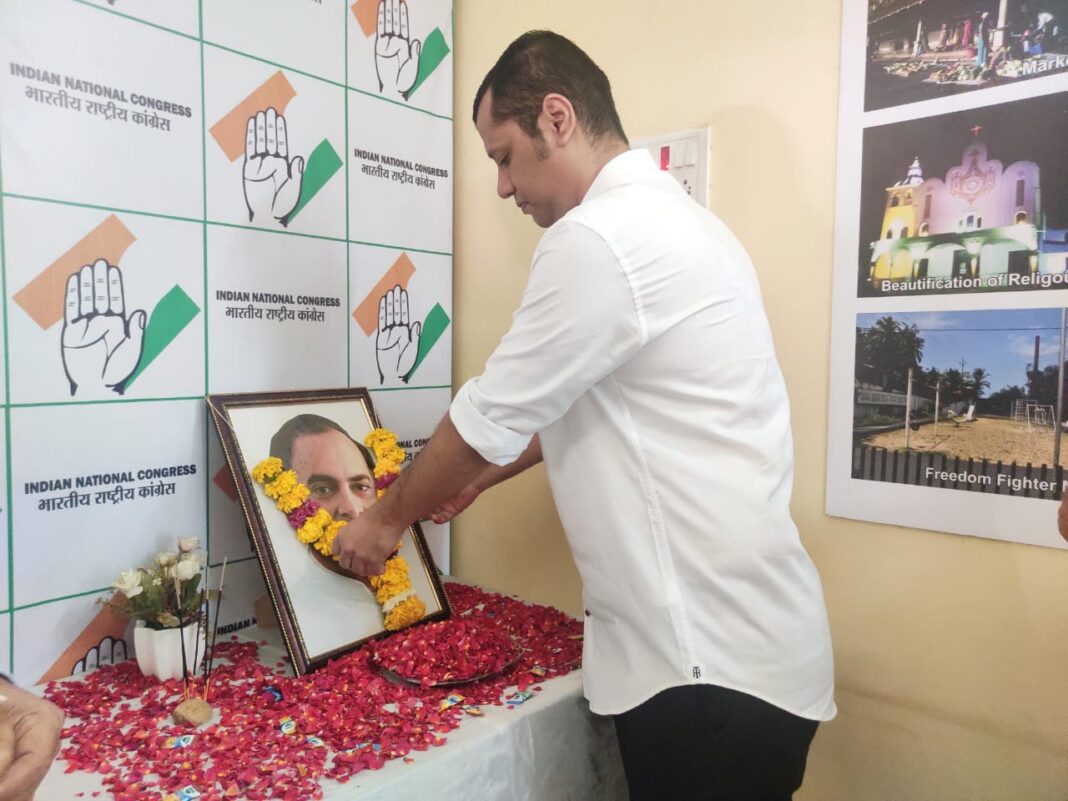 He was speaking at the function organised by Cuncolim Block Congress Committee to mark the Birth Anniversary of former PM Rajiv Gandhi.

A professional pilot with a passion to fly preferred to stay apolitical but destiny pulled him into politics after the sudden and tragic death of his brother Sanjay. Rajiv Gandhi was assassinated by a suicide bomber whilst campaigning for the Congress Party. On the occasion of his birth anniversary, I join the Congress family and the nation to recognize Rajiv Gandhi’s innovative contributions to India. His violent death is equally a testimony of his commitments to the nation Yuri Alemao said.

All the dignitaries first garlanded the potrait of late Rajiv Gandhi and paid floral tributes to the former Prime Minister of India.