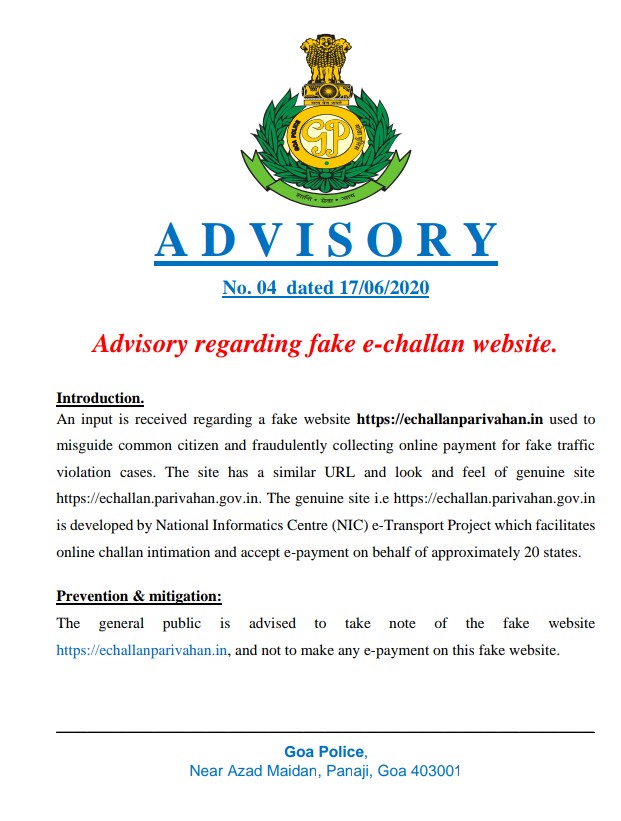 Panaji: Goa Police on Thursday appealed people to be alert about ‘fake e-challan websites’ which exactly resembles the original website launched by them.

“The site has a similar URL and look and feel of genuine site https://echallan.parivahan.gov.in. The genuine site is developed by National Informatics Centre (NIC) e-Transport project which facilitates online challan intimation and accept e-payment on behalf of approximately twenty states,” the advisory reads.

State police have said that the general public is advised to take note of the fake website and not to make e-payment on it.

Previous articleHSSC exam results to be declared coming week
Next article15 services in GIDC will be digitalized by this month end: Vishwajit Rane