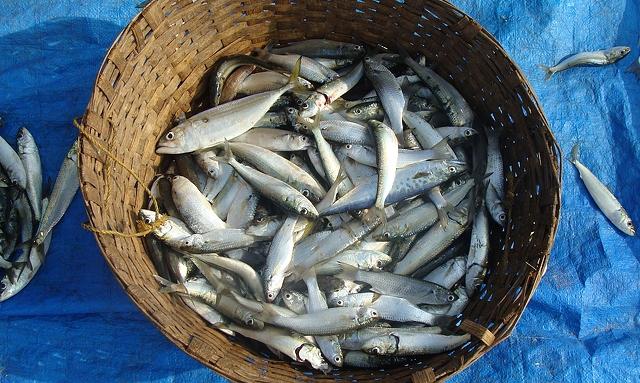 Panaji: In a major decision aimed towards restoring public faith in
the fish that they consume is safe, the Government of Goa has roped in
Export Inspection Council (EIC), the competent authority for
certification of seafood for export, to monitor the quality of fish.
EIC is a registered export certification boy of Government of India.
The decision was taken today in a meeting chaired by Union Minister
for Commerce and Industries Suresh Prabhu and attended by State Health
Minister Vishwajit Rane.
As per the minutes of the meeting, copy of which is with GNH, EIC
along with Food Safety and Standard Authority of India (FSSAI), Marine
Products Export Development Authority (MPEDA) and Quality Council of
India (QCI) will establish a protocol along with scientific
justification for sampling and testing to detect the presence of
formaldehyde (formalin) in fish to build confidence amongst consumers.
EIC will set up State of art facility in Goa, which will be the
central point for entire Goa and Konkan region. EIC along with MPEDA
will depute a team to Goa to have market survey and collect baseline
information.
EIC under administrative control of Ministry of Commerce, is the
competent authority for certification of seafood for exports to
different countries and it shall take steps for establishing a state
of the art laboratory with necessary equipment to test formaldehyde in
fish as per international standard.
It has said that Goa government has agreed to provide necessary
support including built up space and other logistics to establish the
laboratory quickly.
Rane said that EIC shall monitor the presence of formaldehyde in fish
and report to government of Goa for further necessary action.
Rane said that the QCI has also agreed, subject to requirement by the
Government of Goa to launch a mobile food testing lab in the State
with facility to test formaldehyde in fish.
“We have assured them that whatever protocol they set, we will follow
them as far as fish import is concerned,” Minister said.
It can be recalled that earlier this week, Minister for Town and
Country Planning (TCP) Vijai Sardesai had called for a high-level
meeting, which was attended by Rane, Fisheries Minister Vinod Palyekar
and government officials to discuss on the formalin in fish issue. It
was decided to rope in an international standard agency to test
quality of fish.