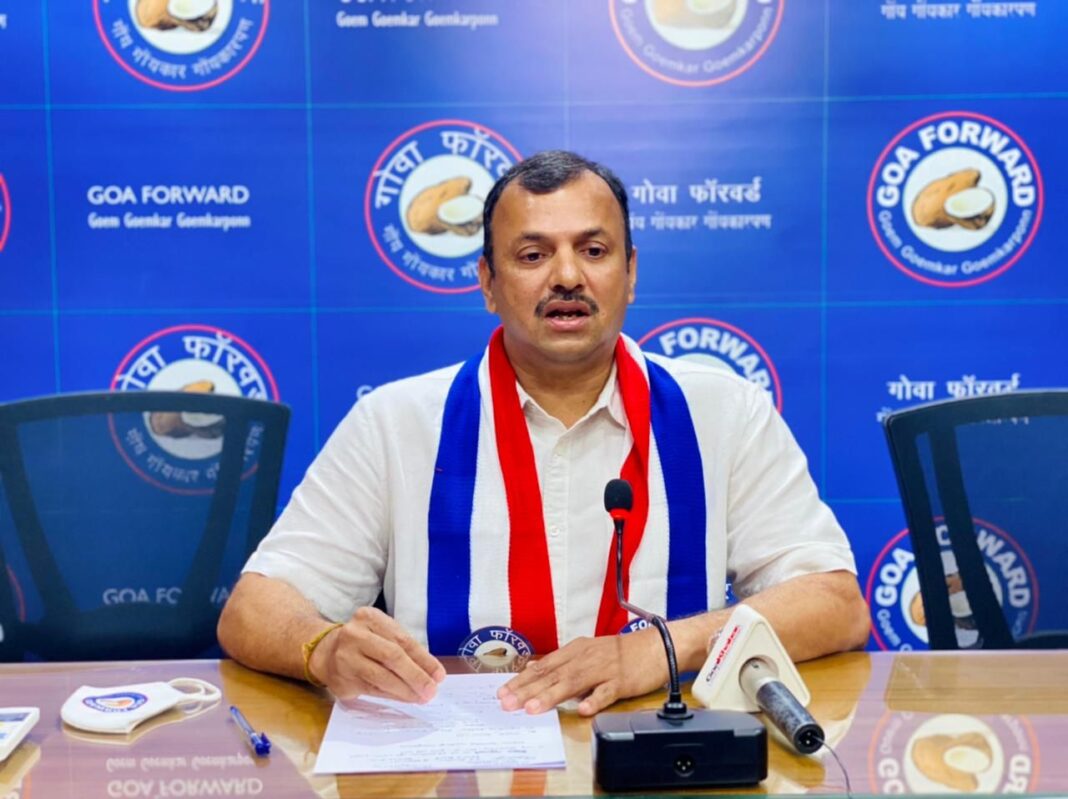 Panaji: The St. Andre Leader of Goa Forward Jagdish Bhobe has urged the government officers not to work on behest of Ministers to further kill the democracy and has stated that his party will not tolerate such officers. “Court has given hope of saving democracy.” He said.

Bhobe, while addressing press conference in GFP office in Panaji, said that BJP has stooped to low level of politics by interfering into Siridao panchayat’s No Confidence Motion. “Panchayat Minister Mauvin Godinho is trying to suspend the motion, which is passed against the BJP supporter Sarpanch. He is unseated. Now by using an additional Director of Panchayat, BJP tried to suspend the motion. This is not acceptable.” He said.

He said that BJP has not only invited wrath from the public, but the court has also slapped BJP over this issue. “ Court has given hope of saving democracy by staying impugned order of additional director of Panchayat, who was working on behest of the Minister Mauvin Godinho.” He said.

Bhobe informed that, Hon’ble High Court has given stay to the order of additional director and deputy sarpanch has been given charge of Sarpanch post. “court has upheld the democratic process taken place during the meeting to discuss no confidence motion. MLA Francis Silveira is trying to kill this process.” He said.

Bhobe said that Mauvin Godinho should not interfere in St. Andre to destabilize the grass root level politics. “People are with those four panch members, who are honest. BJP should not use power to kill democracy.” He said.