‘Congress Janata Party’ not in favour of Goans: AAP 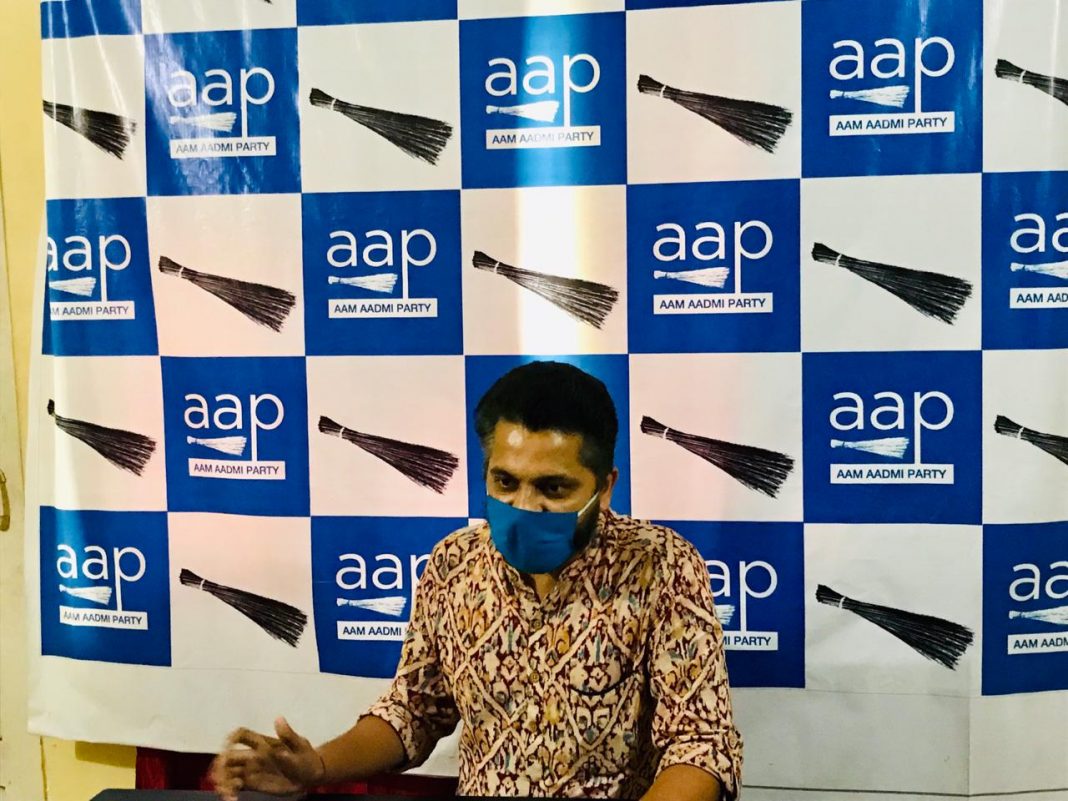 Panaji: “The alliance of Congress and BJP, which is Congress Janata Party has no intentions to work for the betterment of Goans,” the Aam Aadmi Party (AAP) stated on Saturday.

Addressing reporters during a press conference, AAP spokesperson Surel Tilve said that the battle lines are drawn; Congress Janata Party on one side and Goans and AAP on the other side. Taking a dig at Congress Tilve said, “Every time we expose the BJP government’s inability to work for Goans, Congress starts targeting us as an ally to BJP.”

“Congress has started a campaign that AAP is spending 50 crores in Goa. It’s a joke. A party which has made Goa a den of corruption through the decades is accusing honest parties now. By doing this, they are also accusing the media of being corrupt,” he stated.

He raised concern over the rise in coronavirus cases in Goa and the government’s response towards it. “At a time when the number of Covid-19 cases in Goa is on the rise, BJP’s health minister and Chief Minister are continuing to be arrogant. Health Minister Rane mentioned that the “storm is over” when there is a clear spike in the number of Covid-19 cases. Chief Minister Pramod Sawant said that we don’t need to learn from anyone,” Tilve said.

“CM Sawant has said that he will open schools in a phased manner from September 20. With the Covid graph increasing only a clueless chief minister can take decisions like this,” Tilve said critisising the decision to reopen schools in the State.

Tilve also went on to question the inconsistent decision making and lack of amenities for coronavirus patients. “Why it took so long for Health Minister and Chief Minister to decide a feasible Home isolation policy? Why it took so long to provide oximeters to home isolation patients? Why does the health bulletin data not show the bed occupancy in the hospitals? Why are people are sleeping on floors of GMC hospital, shamelessly accepted by the Health Minister?”  he asked during the press conference.